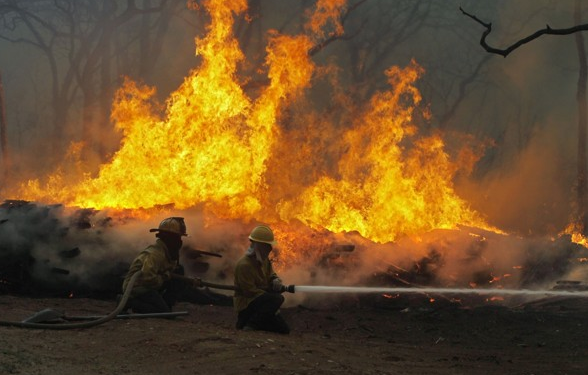 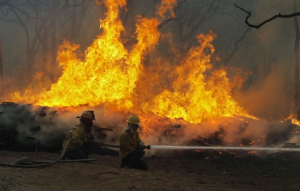 Cal Fire is getting ready for “Fire Season” a month early as the Central Coast experiences one of it’s driest and longest fire seasons yet. Additional staffing and air tankers for Paso Robles is part of the plan.

Because of the lack of rainfall, the fields of dried out grass are perfect fuels to start dangerous wildfires so Cal Fire is stepping up its preparations. Homeowners also need to kick start their preparations by clearing brush and dried grass around their properties, Cal Fire says.

Six hand crews at Cuesta Conservation Camp and three hand crews at Camarillo Fire Center will remain available for emergency response. These CAL FIRE hand crews are staffed in cooperation with the California Department of Corrections and Rehabilitation and the California Conservation Corps. CAL FIRE will be conducting its annual Fire Preparedness Exercise on Tuesday, April 30, 2013, at the Vierra Ranch just south of the intersection of Santa Lucia Road and El Monte Road in West Atascadero.

An operational briefing will be held at 9:00 AM and the exercise will start at 9:30 AM. This exercise consists of strenuous hiking, fire line construction and safety exercises to maintain qualified status as Type 1 fire crews for emergency response throughout the State of California. Crews have been training several months for this exercise.

April 29, 2013 also marks the end of the open burn season. Burning authorized under Dooryard Burn Permits issued by the Air Pollution Control District (APCD) will be suspended until the end of fire season. In addition to an APCD Burn Permit, all other types of burning will now require a CAL FIRE Burn Permit to be issued by the local CAL
FIRE facility.

Residents within State Responsibility Areas are required to maintain 100 feet of defensible space around all habitable structures on their property. In addition to maintaining adequate defensible space, residents are encouraged to be vigilant and avoid activities that could spark unwanted fires such as mowing dry vegetation during warm, dry, or windy weather. Fire Chief Robert Lewin stated, “Our men and women are now prepared for fire season, we now need the residents to make sure they are”.