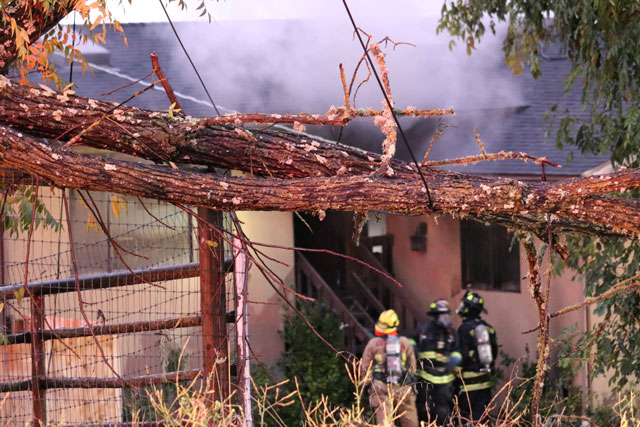 A fallen tree appears to have started the fire in the 9400 block of Santa Lucia, Atascadero. 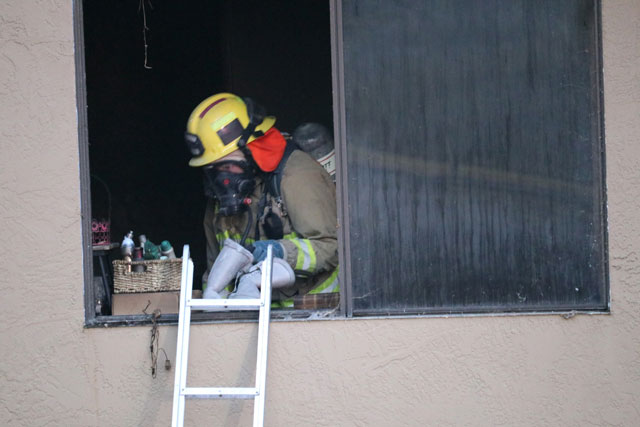 A rescuer in a home on the 9400 block of Santa Lucia, Atascadero

The first broke out around 6:15 a.m. on the 9400 block of Santa Lucia, according to Bill White with Atascadero Fire and Emergency Services.

When crews arrived, they reported smoke was filling the home. They were able to extinguish the fire quickly, on the lower floor of the split-level house.

The cause of the fire was believed to be a tree that hit a powerline to the home, fire officials say.

A family living in the house escaped safely, but are now displaced. 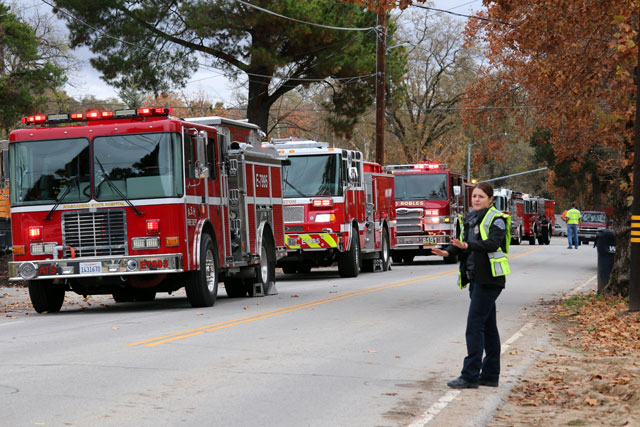 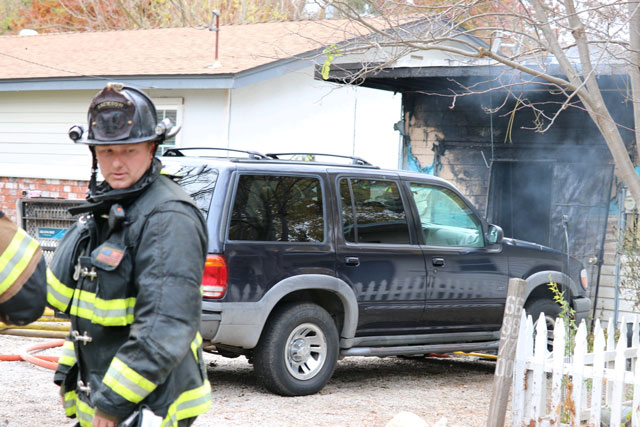 A fireman at the scene of Thursday’s fire at 6870 Serra Ave. 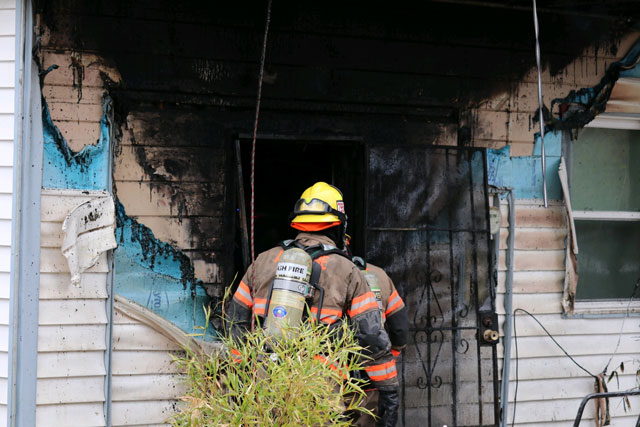 Fire damage to the home at 6870 Serra Ave. in Atascadero

Medics rushed inside to treat an elderly non-ambulatory woman and safely help her get out of the building.

The structure fire appeared to have started in the garage.