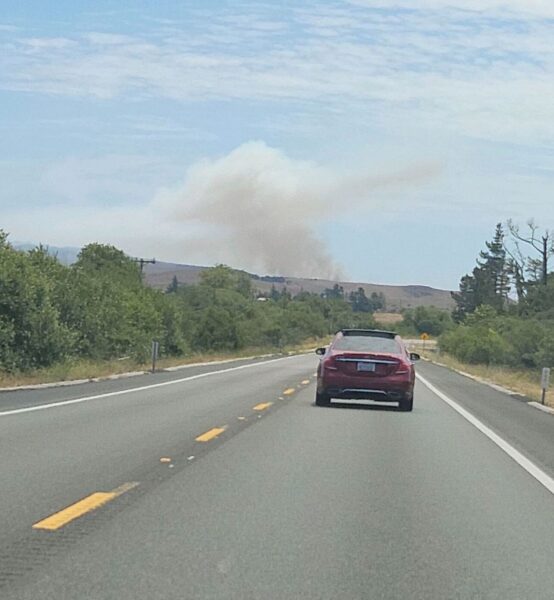 No injuries or structure loss reported

– Firefighters responded to a vegetation fire that sparked in grass near Highway 1 North of Cayucos yesterday. Cal Fire San Luis Obispo first tweeted that crews were responding to the blaze, which was named the Creek Fire, in the early afternoon yesterday.

By 6 p.m., Cal Fire had reported that the fire was contained. Crews remained on the scene for several hours for mop-up operations.

The cause of the fire is unknown at this time. No injuries or structure loss was reported. The fire burned about 30 acres, according to reports.