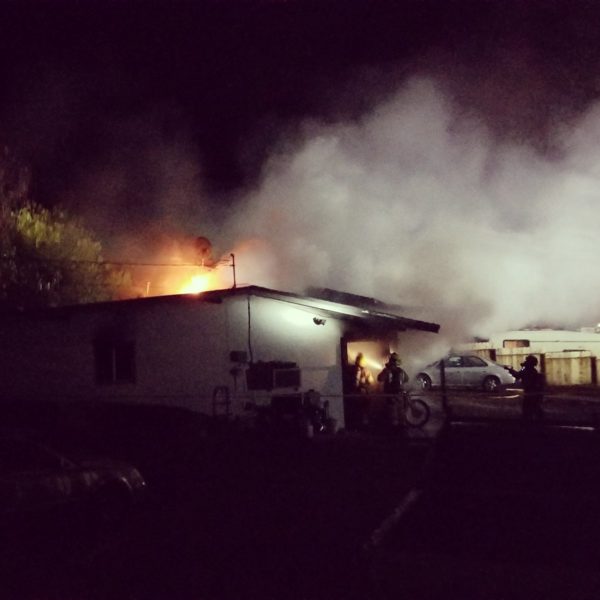 – A discarded cigarette reportedly sparked a destructive fire at a home in Atascadero last Friday.

The fire started around 7 p.m. Friday evening on the 4500 block of El Camino Real.

When firefighters arrived they found a single-story home with heavy fire throughout the front part of the structure. Crews were able to suppress the fire enough to gain entry inside to continue battling the flames.

Firefighters were able to locate a cat inside the home and take it to safety. No one else was inside.

Reports say the fire was caused by a discarded cigarette that ignited nearby combustible material. The fire began burning outside the home before spreading to the inside through the front window.

Investigators estimate the fire caused $75,000 in damages but the structure was saved. Four people were inside the home when the fire began. No one was injured.