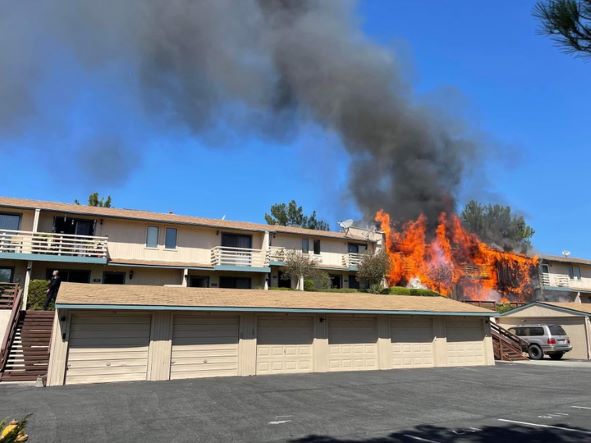 – The City of Paso Robles Fire and Emergency Services Department released an update regarding the fire that destroyed multiple units of a multi-family structure in Paso Robles Wednesday:

Firefighters arrived at scene to discover two fully involved units with multiple exposures threatened. Due to fire progression and potential, a second alarm was requested. The structure fire spread into nearby vegetation and a wildland response was ordered.

The fire destroyed two units, caused partial damage to a third, minor damage in two, and burned ¼ acre of vegetation before firefighters were able to stop the fire spread and extinguish it. All residents were safely evacuated, and no injuries were reported.

Three fire engines, one Battalion Chief, and one fire investigator from Paso Robles Fire responded to the incident. Under the City’s automatic aid agreement, six engines, two tankers, one helicopter, one Air Attack, one dozer, one hand crew, one water tender and two Chief from Cal Fire/SLO County and one ladder truck from Atascadero responded.

Under the SLO County Mutual Aid Plan three engines, a Battalion Chief, and a breathing support unit responded as part of the second alarm assignment. Four additional engines were ordered following the request for a second alarm. In total 60 fire personnel responded to the incident.

The cause of the fire was undetermined.

– Crews are responding to a fire that was burning at a multi-unit residential complex on the 100 block of Olive Street in Paso Robles, according to reports. The fire also appears to have spread to surrounding vegetation. No injuries were reported, however, one person received medical care at the scene by medics, according to eyewitnesses.

Crews arrived on the scene shortly before 11 a.m. Wednesday to combat the blaze. As of 11:50, the fire was reclassified as a vegetation fire. At least fourteen units responded to the scene, including at least one helicopter. 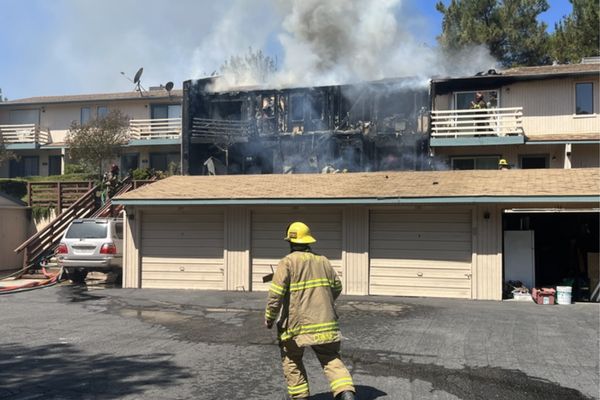 The blaze fully engulfed four apartments and damaged two, according to Batallion Chief Jay Ennis. It was determined that gas had to be turned off for the entire complex due to structural damage caused by the fire. Red Cross has responded to help with temporary shelter and supplies for those who will be displaced.

No further information is available at this time. Updates will be posted when received. 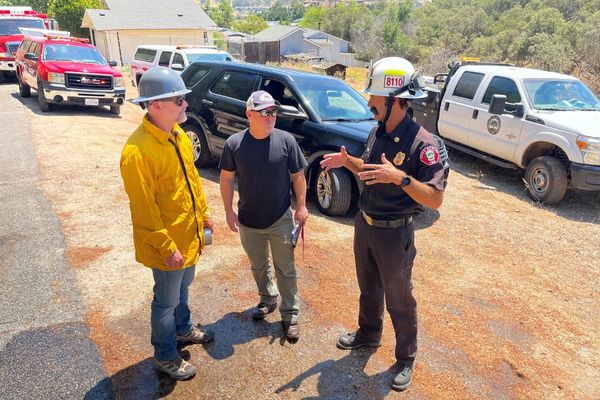