Paso Robles News|Monday, September 21, 2020
You are here: Home » Region » Fires continue to rage in much of the western USA

Fires continue to rage in much of the western USA 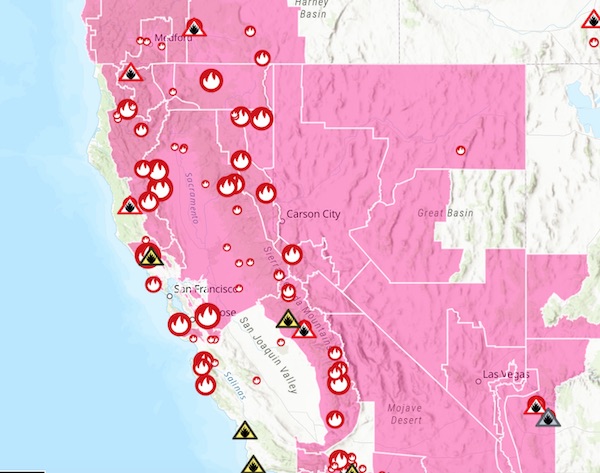 This map indicates current fire activity and areas that are currently under a “red flag warning” for potential fire activity or evacuations.

–Almost 1,000 fires have raged in California since mid-August, many initially sparked by lightning strikes. Two massive San Francisco Bay Area fires were largely contained as of this morning, but a third, the fast-growing Creek Fire, had raced through about 212 square miles and remained 0-percent contained, according to a report by USA today.

Southern California is also struggling to contain a number of fires, including one that was sparked by a “gender reveal” party that has since grown to 10k acres.

Fires burning in Oregon and Washington have also been stoked by record-breaking winds combined with hot and dry conditions as well.