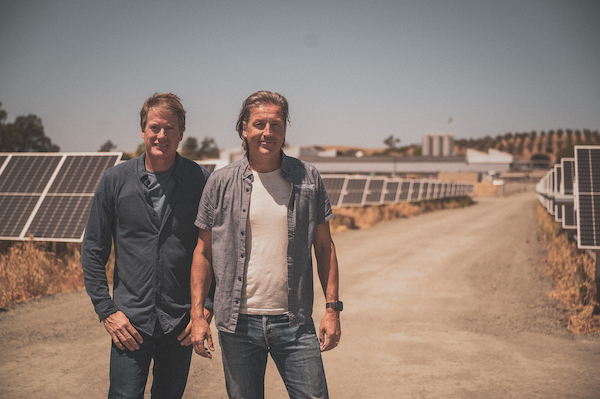 –Firestone Walker Brewing Company this week flipped the switch on one of the largest on-site solar arrays in the craft beer industry —a 9.7-acre, 2.1-megawatt installation that promises to offset a majority of the brewery’s energy usage and account for six million cases of beer brewed annually.

For the past several years, Firestone Walker has quietly been intensifying its sustainability efforts under the banner of “Brewing for Tomorrow,” an initiative that takes a massive step forward with the launch of the new solar array.

“We are blessed to live in a beautiful place that is awash in sunshine, and solar power gives us another reason to smile,” said co-owner David Walker. “California’s Central Coast has been our home for a few generations— we have an affection for this place and feel an obligation to treat it as well as we possibly can.”

In its entirety, the solar installation is enough to:

The solar array, which is located on nearly 10 acres adjacent to the brewery in Paso Robles, features ground-mounted single-axis trackers that maximize solar energy capture and is projected to generate 4,055 MWh (megawatt hours) of electricity each year.

In addition to substantially reducing the brewery’s carbon footprint, the solar array is also projected to save Firestone Walker considerable energy costs over the 30-year lifetime of the power purchase agreement, which is financed by Duke Energy Renewables.

After more than a year of planning with REC Solar, the team, including local contractor RP Construction Services, broke ground on the project last April. The project includes utility substation upgrades that will make it easier for other local organizations seeking to go solar to tap into the power of renewable energy.

“We have made a 30-year forward commitment to this project, and we hope that our embrace of solar energy, along with scores of others in our community, will encourage more to do the same,” Walker said.

Firestone Walker’s sustainability commitments have grown sharply in recent years with the adoption of new technologies and efficiencies.

Some of Firestone Walker’s sustainability efforts are decidedly low tech. Spent grains from the brewing process are converted into feed for local livestock. Retired tanks and other equipment in the brewery “boneyard” are repurposed into usable items such as booths for Taproom restaurant seating.

“Brewers have sought to conserve energy for centuries, and that’s a tradition we want to perpetuate here on the Central Coast,” said co-owner Adam Firestone. “Our pursuit of the perfect beer is underscored by a passion for minimizing our environmental impacts. We are brewing for tomorrow.”