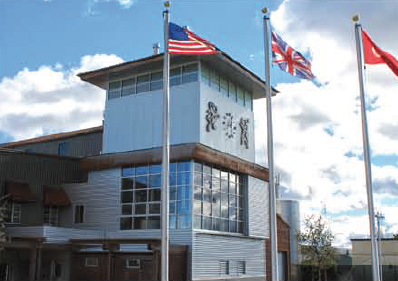 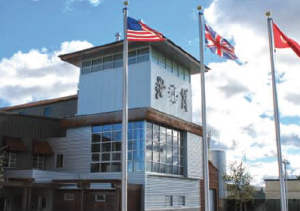 Firestone Walker Brewing Company is currently working on several improvements, with most expected to be completed by summer. The new kegging hall will connect the existing buildings together and offer a visitor alcove for viewing brewery operations.

A new brewery store will feature beers and beer-making mercantile. The new “Union Hall” will be an expanded glassed-in building to showcase the brewery’s Firestone Union oak barrel brewing system. Repavings, landscaping and other improvements are also underway around the brewery.

These projects follow a momentous 2012 for Firestone Walker Brewing Company. The brewery opened its Taproom restaurant last spring, and christened its state-of-the-art brewhouse in the fall. The visitor center and tasting room was also revamped along the way, and expanded brewery tours are now available on Fridays through Sundays.

The inaugural Firestone Walker Invitational Beer Fest last June was hailed as one of the nation’s finest beer festivals, and the upcoming second annual fest on June 1 sold out in 15 hours.

The Firestone Walker Invitational Beer Fest benefits Paso Robles Pioneer Day, and brings more than 2,000 visitors to Paso Robles. “Our goal is to make the brewing campus more visitor friendly, to enhance our beer education experience, and to invest in the local community along the way,” says Adam Firestone.

For more information about the brewery, go to www.firestonewalker.com