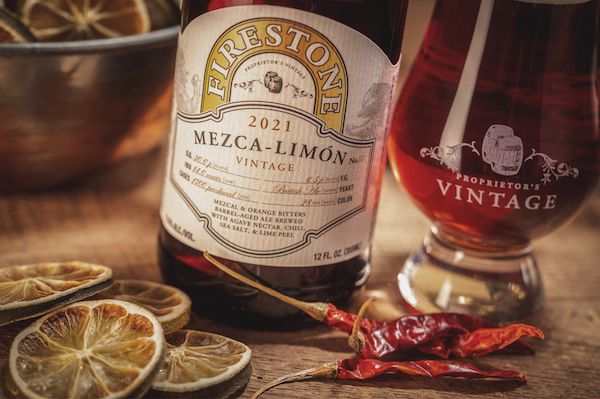 –Firestone Walker is rolling out two new barrel-aged cocktail beers from its storied Vintage Series program this month—Tequila Barrel Sunrise and Mezca-limón, both of which go to great lengths to evoke their namesake drinks.

“We chased down a bunch of rare barrels, got crazy with the ingredients, and pulled out all of the stops to mimic the experience of drinking a Tequila Sunrise or a Mezcalita,” said Barrel Program Manager Eric Ponce. “It’s hard not to smile when drinking these two beers.”

The 2021 vintages of Tequila Barrel Sunrise and Mezca-limón are rolling out to all Firestone Walker markets this month in individually boxed 12-ounce bottles.

The seeds of Mezca-limón were planted many years ago, when a friend from Mexico introduced Ponce to the wonders of the Mezcalita cocktail. “Making a Mezcalita-inspired beer had been in the back of my mind ever since,” Ponce said. 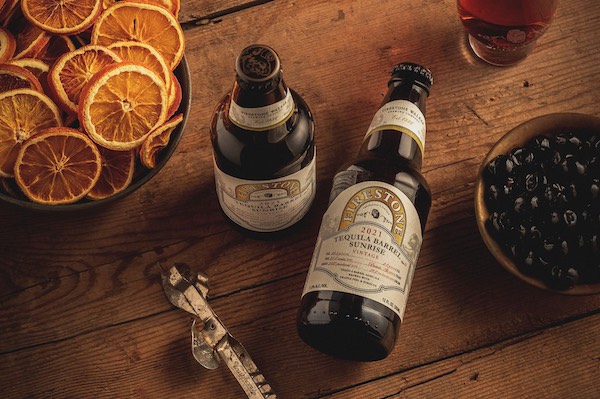 And so it was a dream come true when Ponce managed to procure barrels from an array of Oaxaca-based mezcal producers. In total, he acquired 80 barrels from 10 different producers. “There was an array of flavors coming off these barrels, some more earthy, some sweeter, some with minerality,” Ponce said.

Echoing the traditional Mezcalita recipe, a specialty base beer was brewed with agave, chile peppers, flaked corn and sea salt. It was then mainly aged in the mezcal barrels with a portion matured in orange bitters barrels, all finished with a touch of freshly zested lime. The result is flavorful beer that offers an authentic Mezcalita sipping experience.

Next, Ponce infused this blend with orange zest and hibiscus—all to deliver the color, flavors, and vibe one would expect from a beer with this name.

Ponce, an avowed cocktail enthusiast, enjoys the experience of both creating and drinking these beers. “A lot goes into making them,” he said. “They’re serious beers, but they’re ultimately made to go down easy like your favorite cocktail.”

Find out more at FirestoneBeer.com.