After selling out in less than 60 seconds last February, the fourth annual Firestone Walker Invitational Beer Fest on May 30 is set once again to host it’s annual beer festival, drawing more than 50 international breweries and more than 1,500 out-of-county guests to the region. 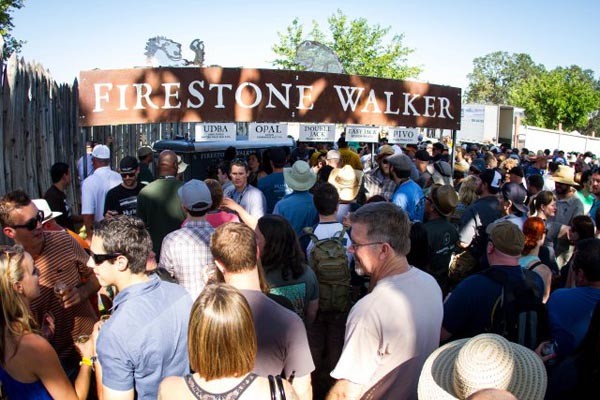 Net proceeds from the event will benefit Paso Robles Pioneer Day. The proceeds are utilized by Paso Robles Pioneer Day to help fund antique tractor restoration and other local initiatives, including the annual Pioneer Day parade. According to the brewery, this year’s fest is also set to raise $15,000 each for the Marine Corps Scholarship Foundation and the Central Coast chapter of the Honor Flight Network, which escorts local veterans to Washington D.C. to visit memorials erected in their honor.

“The fact that the event sells out so quickly and that all of these beer fans are willing to drive great distances to come to Paso Robles is a testament to what a unique experience this beer fest is providing for attendees,” said Shonna Howenstine, tourism coordinator for the City of Paso Robles. “With the support of a local institution like Pioneer Day, the fest is an ideal event model—one that attracts and entertains visitors while serving the local community.”

Each year, Firestone Walker Brewmaster Matt Brynildson invites friends and respected peers throughout the brewing world to attend the fest. The brewers themselves attend the fest and share some of their most popular beers.

“The Firestone Walker Invitational Beer Fest was born from a dream of creating a world-class festival featuring not only the best brewers in the world, but brewers whom we feel are leaders in the craft beer revolution,” Brynildson said. “This is a day where we can all put down our sales and marketing pitches and simply commune and share our beers and stories with people who are truly interested in craft beer.”