Paso Robles News|Friday, December 9, 2022
You are here: Home » Business » Firestone Walker installs solar array to offset up to 80-percent of brewery’s energy use 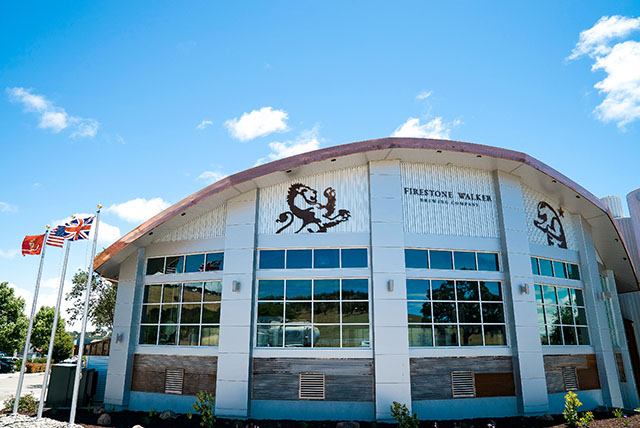 –Firestone Walker Brewing Company is tapping into the power of renewable energy with a new state-of-the-art solar array that promises to offset up to 80 percent of the brewery’s energy usage.

“Whenever we can reduce our carbon footprint we are going to do so, and using sunshine to fuel our brewery is a simple way for us to participate,” said co-founder David Walker. “Brewers have sought to conserve energy for centuries, and we want to continue that tradition here on the Central Coast.”

Buildout is now underway, and the solar array is slated to be up and running by the end of the year. The 2.1-megawatt array—which is being built in collaboration with REC Solar—features ground-mounted single-axis trackers that maximize solar energy capture. It is projected to generate 4,570 MWh (megawatt hours) of electricity each year.

Keeping The Lights On

The new solar array is one more way that Firestone Walker is keeping the lights on locally, now and into the future.

Firestone Walker is brewing at 70 percent of beer production during the current crisis. While keg production for pubs and restaurants has been severely curtailed, retail store sales have seen acceleration, allowing the brewery to keep local jobs and push forward. The majority of Firestone Walker’s beer is still consumed within California—and most of that is in the Central Coast and Central Valley.

“The City of Paso Robles has been a great partner in helping us make this solar project happen,” Walker said. “We want to do our part for the community and local environment.”

Some of Firestone Walker’s sustainability efforts, however, are decidedly low tech. Spent grains from the brewing process are converted into feed for local livestock. Retired tanks and other equipment in the brewery “boneyard” are repurposed into usable items such as booths for Taproom restaurant seating.

“We always strive to improve beer quality while minimizing our environmental impacts,” said co-founder Adam Firestone. “The new solar array is an extension of this approach.”