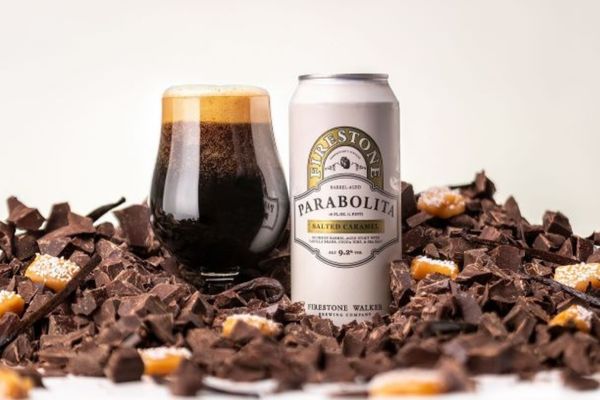 To create Parabolita, the brewing team aged a selection of Parabola for one year in premium bourbon barrels, then blended it with a complement of Velvet Merlin milk stout to create a silky mouthfeel and a more approachable ABV of 9.2 percent. Finally, they infused the beer with Madagascar vanilla beans, cocoa nibs, and sea salt to achieve a full salted caramel-style expression.

“Parabolita has the richness of Parabola, but with a creamier, softer texture,” says Brewmaster Matt Brynildson. “The cocoa nibs and vanilla accentuate the beer’s boozy caramel malt character. The resulting beer manages to be massive, mellow and drinkable all at once.”

“The dash of sea salt acts just like it does in food,” said Barrel Program Manager Eric Ponce, “It makes the aromas pop, elevates the flavors, and adds dimension to the mouthfeel.”

Parabola was first created in 2005 as a component for Firestone Walker’s inaugural Anniversary Ale blend. It soon took on a life and legend of its own, eventually meriting its own annual release. To this day, Parabola continues to be a driver behind the Anniversary Ale.

Parabola has also served as a creative platform in the barrel room, spawning numerous variants in recent years. Now comes Parabolita, launching a new range of possibilities in the 16-ounce can format.

“We felt that mimicking a chocolate-covered salted caramel fit perfectly with the base flavor profile of the original Parabola,” Brynildson said. “By taming the ABV, incorporating new flavors, and packaging it in cans, we’re adding a whole new chapter to this Firestone Walker classic.”