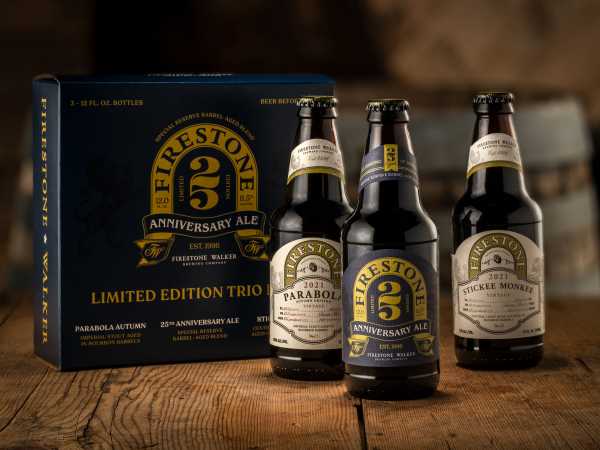 Additionally, for the first time ever, Firestone Walker’s Anniversary Ale is being released in tandem with a limited Anniversary Trio Pack featuring “25” as well as two component ales—2021 Parabola Autumn Edition and 2021 Stickee Monkee.

“This is a beer that truly rises to the occasion of our 25th anniversary,” said Brewmaster Matt Brynildson. “It represents many of the core elements that have made our brewery what it is today: exceptionally talented people, innovation, barrels, hard work, patience and beautiful beers.”

“25” and the Anniversary Trio Pack are now rolling out to all Firestone Walker markets, and are also available at the brewery’s locations in Paso Robles, Buellton and Venice. “25” comes as an individually boxed 12-ounce bottle accompanied by extensive brewmaster notes. The boxed trio pack features one 12-ounce bottle each of “25,” Parabola Autumn Edition and Stickee Monkee.

On July 15, 2021 an “all-star cast” of Paso Robles winemakers convened at the brewery for an annual summer rite: the blending of Firestone Walker’s next Anniversary Ale. They broke into teams to create their own preferred blends from five barrel-aged component ales, then voted as a group on the winning blend.

The result is “25”—was full of flavor and complexity, blended from five distinct ales aged in bourbon, brandy and tequila barrels.

Firestone Walker’s collaboration with local winemakers dates back to 2006, when Brynildson was tasked with creating the inaugural Anniversary Ale to mark the brewery’s 10th anniversary year.

“We started with just a few barrels of beer and a few of our closest winemaker friends, and the result was the most complex and interesting beer we had ever made—ultimately sparking the longest and strongest collaboration we have participated in,” Brynildson said. “They outdid themselves this year, and I couldn’t be happier with ‘25’—it’s an absolutely beautiful beer.” 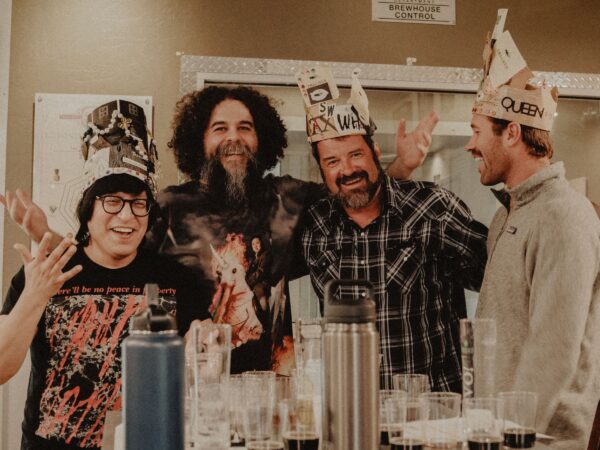 Russell From of Herman Story Wines and Taylor Mathiesen of Booker Vineyard, along with Brewmaster’s Collective club member Paul Rios (with guest Christian Smith), created the winning blend that became “25.”

For the first time, the winemakers were joined by two members of Firestone Walker’s Brewmaster’s Collective beer club, who won the chance to participate in the blending session. Russell From of Herman Story Wines and Taylor Mathiesen of Booker Vineyard, along with Brewmaster’s Collective club member Paul Rios (with guest Christian Smith), created the winning blend that became “25.”