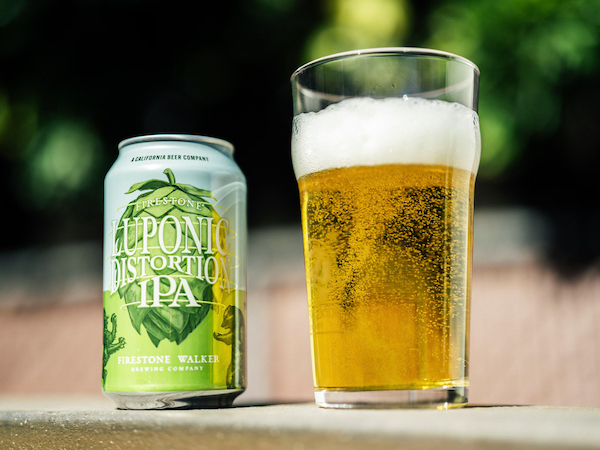 “This edition of Luponic Distortion is a celebration of our new grower and merchant relationships that we’ve forged over the past couple of years in the Southern Hemisphere,” said Brewmaster Matt Brynildson. “It’s the first time we’ve had enough supply to go all-in on a blend of 100 percent New Zealand-grown hops.”

The first of two Luponic Distortion releases slated for this year, this latest edition also features simplified artwork with a new hop icon. It is now rolling out to all Firestone Walker markets.

Luponic Distortion is not a single beer, but rather an ongoing series of beers. While the base beer always remains the same, each release features a different hop blend built around new and experimental hops, designed to showcase the growing possibilities of pure hop aromas and flavors without any assist from fruit or other adjuncts.

The latest Luponic Distortion showcases a blend of four hops used in the dry-hopping of the beer—Nectaron, Nelson, Motueka and Riwaka.

“Riwaka is a bit of a white whale in the hop world,” Brynildson said. “It’s difficult to cultivate, so only a handful of growers have had success with it. Most brewers who get a chance to rub it freak out about how unique this hop is. It exhibits a lot of pink grapefruit and passionfruit qualities.”

Motueka is another hop that Brynildson has been zeroing in on since his travels to New Zealand. “We have worked with Motueka now for a couple of years, and although it isn’t as bold as Nelson and Nectaron, it’s another beautiful aromatic hop that perfectly supports the unique Southern Hemisphere vibe with bright lime and lemon zest notes,” he said.

Finally, the Nelson hop is renowned for its tropical white wine-like aromas, while Nectaron exhibits passionfruit and citrus flavors along with some Pacific Northwest-style dankness.

“All of these hops play so well together and seem to spawn their own unique alchemy of flavors,” Brynildson said. “This Luponic Distortion just pops with flavors of white grape, citrus, gooseberry, and melon, and there’s this light diesel-like dank note that frames it all perfectly.” 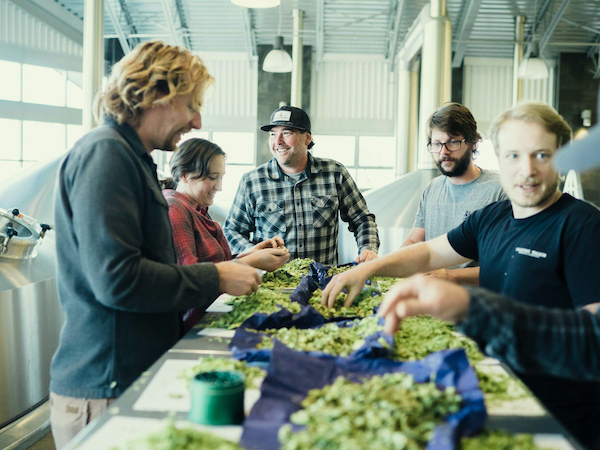 After his initial trip four years ago, Brynildson returned two years later and followed up on emerging hops like Hort 4337, which McGlashen was growing on an experimental basis at the time. Hort 4337 would later be named Nectaron in honor of Dr. Beatson. The name Nectaron is a marriage of “Nectar of the Gods” and Dr. Beatson’s first name, Ron.

“MAC Farms works closely with Dr. Beatson and has become a real proving ground for bringing new hops like Nectaron to the forefront,” Brynildson said. “As a farmer, Brent has boundless enthusiasm and he’s a lot of fun to work with. He’s enabled us to get our hands on ample quantities of some of the scarcest and most sought-after hop varieties.”

Brynildson added, “I got super excited rubbing some of these hops with Brent. He asked me, ‘You want first dibs?’ I said, ‘Let’s go big,’ and that’s how this latest Luponic Distortion got started.”