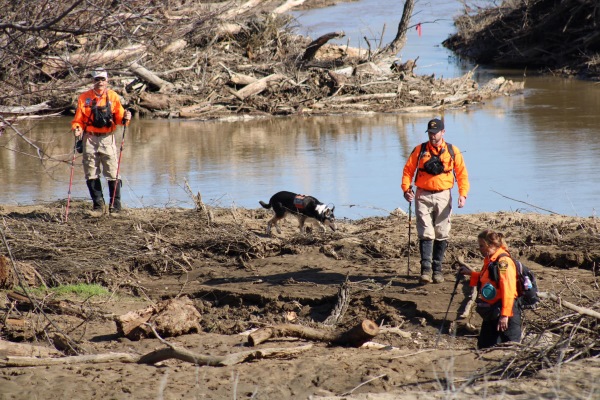 Almost 300 people from 10 different sheriff’s offices around California as well as Cal OES and Cal Fire are involved in the search.

Crews are also using advanced technology to help them in their search for missing 5-year-old Kyle Doan. Each search team is outfitted with a device that geo-locates their movements and allows them to pinpoint areas of interest. That information is relayed back to the command post for further analysis.

The sheriff’s office posted multiple times over the weekend on social media about the continued search efforts:

– The San Luis Obispo County Sheriff Office Dive Team and search and rescue members continued search operations Tuesday in and around San Marcos Creek and the Salinas River in North County.
Water levels have dropped allowing ground and water teams to search additional areas along with search and rescue K9s, according to a post by the sheriff’s office on Facebook.
The sheriff’s office says it is prepared for continued search efforts all this week.

Update: Sheriff asks public not to search on their own for missing boy

– On Friday, the sheriff’s search operations continued for missing 5-year-old Kyle Doan who was swept away by raging floodwaters on Monday near San Miguel.

Search efforts are continuing with sheriff’s dive and search personnel along with CHP air operations. At this time, outside agencies and the California National Guard have concluded their assistance as storms return.

Future search operations will be conducted on a continuous but limited basis as weather permits. 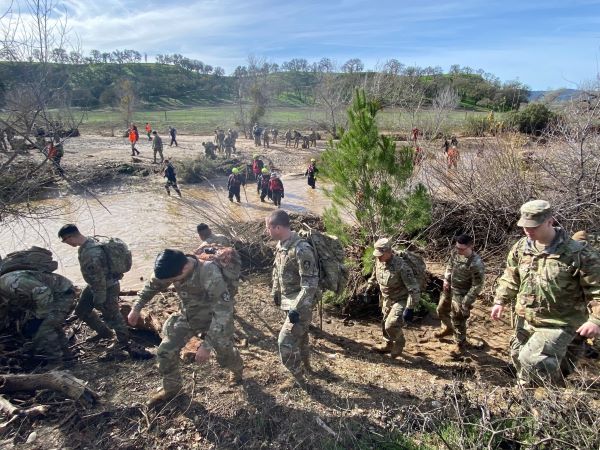 In total, approximately 200 personnel are involved in the search.

The search is being conducted in extremely challenging conditions with mud and debris hampering the efforts. This is a comprehensive effort to search every brush pile and area of debris, says the sheriff’s office. 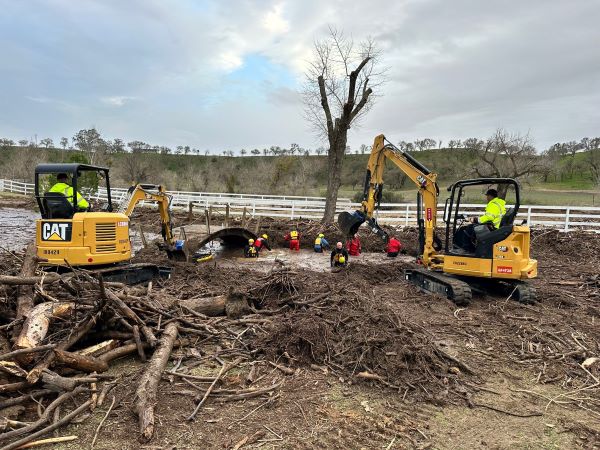 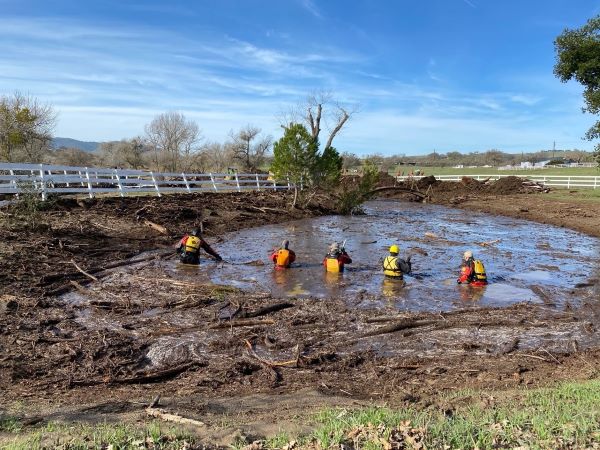 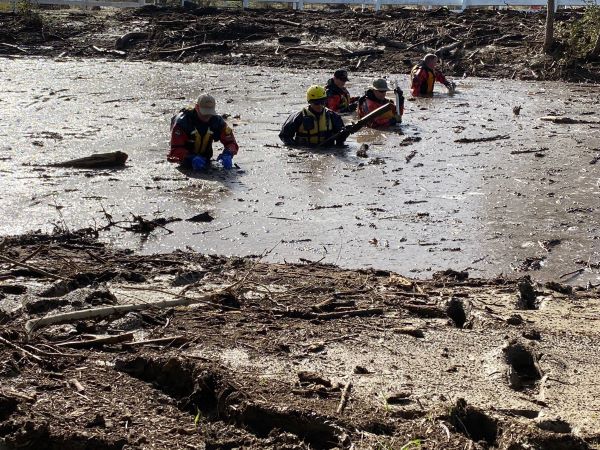 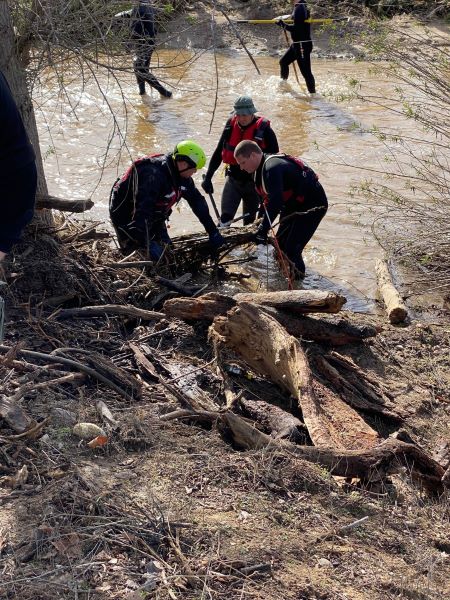 – On Wednesday afternoon, the first wave of over 100 National Guard personnel arrived in North County to assist with the search for missing 5-year-old Kyle Doan, according to the San Luis Obispo County Sheriff’s Office.

More troops will arrive today to continue to assist with the search as conditions permit, according to the sheriff’s office. The National Guard will join the Sheriff’s Search and Rescue Team, USAR (Underwater Search and Rescue) team, drone team, deputies, detectives, and air operations in the search.

Extensive search operations have been underway for the last three days. 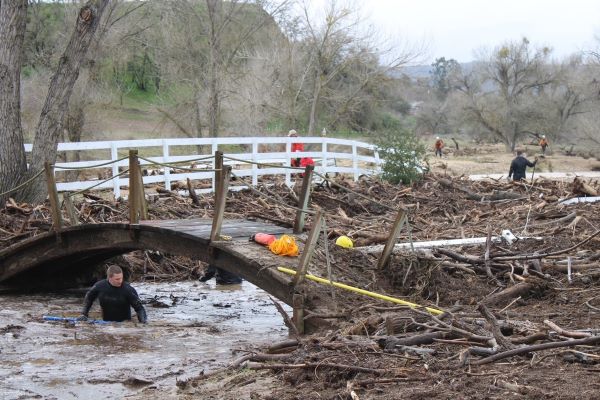 On 1-11-23, sheriff’s search operations resumed for missing 5-year-old Kyle Doan who was swept away by raging floodwaters on 1-9-23 near San Miguel.

Yesterday, on 1-10-23, search operations were conducted most of the day. Those resources included the Sheriff’s Search and Rescue Team, USAR (Underwater Search and Rescue) team, drone team, deputies, detectives, and air operations.

Additionally, the Sacramento County Sheriff’s Office has supplied personnel with sonar equipment to aid in the search.

We thank our mutual aid partners for helping us with the search while having to deal with rain-related incidents in their own counties.

A GoFundMe has been set up for the family. Click here to donate.

A meal train has also been set up to support the family. Click here to donate a meal to the family. 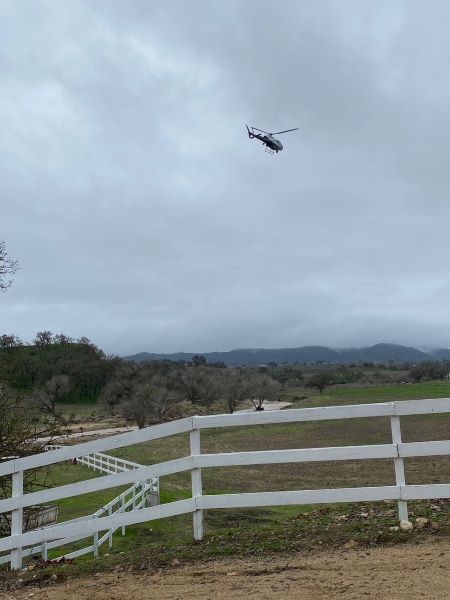 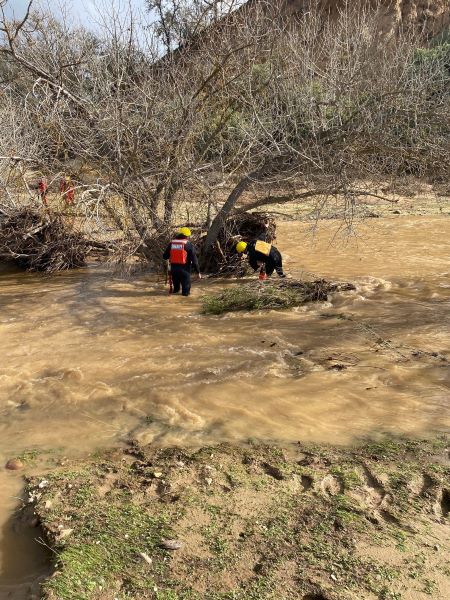 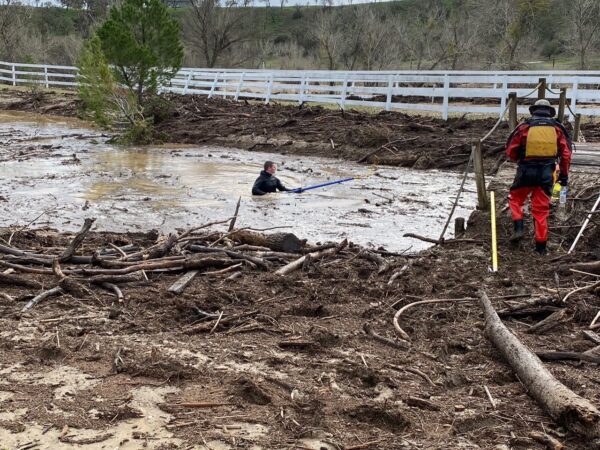 Search concludes for the day

– The search for 5-year-old Kyle Doan will continue today after concluding overnight due to low visibility, according to the sheriff’s office: 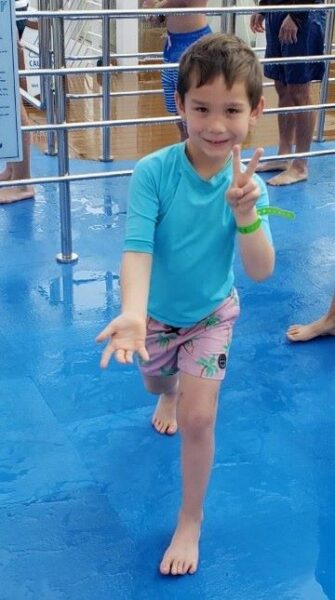 – San Luis Obispo County Sheriff’s Office search operations will resume this morning for a missing 5-year-old boy who was swept yesterday by raging floodwaters near San Miguel. The search operations had to be discontinued yesterday after approximately five hours because the extreme weather conditions were making it unsafe for first responders to continue their efforts.

A break in the intense storms is allowing today’s search which will involve all available resources of the sheriff’s office including the USAR (Underwater Search and Rescue) Team and air operations. The conditions, however, remain extremely dangerous. The water level is high and continues to be fast-moving. The public is strongly cautioned not to conduct self-initiated searches and put themselves in harm’s way and become a victim requiring resources that would otherwise be used for searching.

The boy has been identified as Kyle Doan, 5 years old. He is described as having short dirty blond hair, hazel eyes, and is 4 feet tall, and 52 pounds. He was last seen wearing a black puffer jacket with a red liner, blue jeans, and blue and gray Nike tennis shoes.

Search for missing child called off due to unsafe conditions

– The search for a missing 5-year-old child swept away in flood waters has been called off due to extreme weather conditions, according to San Luis Obispo County Sheriff’s Office Public Information Officer Tony Cipolla.

“At approximately 3 p.m. today, the sheriff’s USAR team (Underwater Search and Rescue) discontinued the search for the missing 5-year-old after several hours of searching because the extreme weather conditions became too unsafe for first responders,” said Cipolla, “They will re-evaluate the weather conditions to see when they can resume the search.”

The missing child has not been declared dead, Cipolla said.

Five-year-old swept away in flood waters, search in progress

– A five-year-old child is missing after being swept away in flood waters in a North County creek bed, according to multiple reports.

At 7:50 a.m. today, Cal Fire reportedly responded to a call of a vehicle stuck in the flooded San Marcos creekbed outside of San Miguel with a woman and child inside.

Reports say the woman was pulled to shore by local residents, but the child was last seen in the water moving away from the vehicle.

If you have any information about the incident or the child’s whereabouts, contact the sheriff’s office at (805) 781-4540.