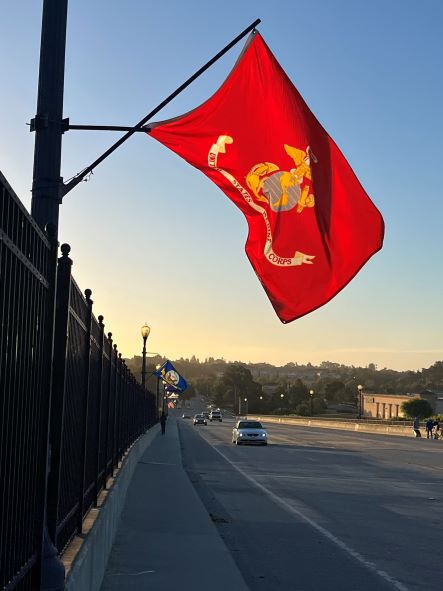 Although it’s officially named the Veterans Memorial Bridge, it’s better known as the Niblick Bridge after the road which it carries between Spring Street and River Road. 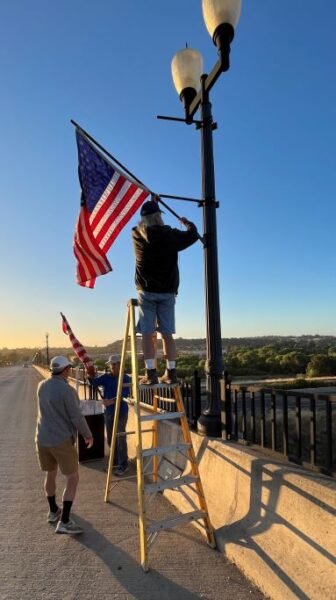 Simoneau is the chief plumber of the Paso Robles School District. He puts the flags up every year with his significant other and his grandson. Besides the United States flag, there are flags representing each branch of the US Armed Forces.

The Paso Robles Kiwanis Club recently expressed an interest in making it their project. Dave Phillips and another Kiwanian volunteer helped put the flags up for Memorial Day, 2022.