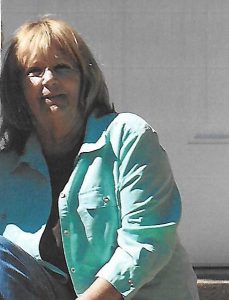 –Former Paso Robles resident Patti Stockton (Cracchiolo) had her second book, ‘Direct Lines’, published in December 2017. Writing under the name P. A. Stockton, Stockton said that ‘Direct Lines’ was written because she was overwhelmed by reader’s requests for a sequel.

‘Direct Lines’ takes place several months after the conclusion of Stockton’s first book, “Crossed Lines,” when Chad Allen receives a phone call that one of their own is missing. Chad makes a call to Dr. Jake Phillips, and the team is together again. During the investigation into the disappearance Allen and Phillips are joined by Agent Ed Brock and soon discover that their lives are also in jeopardy. With the appearance of an old adversary, they find themselves drawn back into the world of domestic terrorism and murder. Everything they uncover links to the last big case, as well as child trafficking. With the help of a computer hacker, who is in hiding, they clear up questions from the first case and uncover the unimaginable.

“I hope everyone enjoys ‘Direct Lines’ as much as I enjoyed writing it. I love my new character, the hacker,” said Stockton. “Jo Ella Martin, did the editing and also re-edited my first book. She played a huge part in getting ‘Direct Lines’ in print. I was surprised and flattered by the success of ‘Crossed Lines’. My friends in Paso Robles and Atascadero have been big supporters. I would like to thank them all individually, but there are too many to list. Their input and feedback have played a big part in my life.”

Stockton lived and worked in Paso Robles for over 25 years where she worked at Flamson Middle School before going to work for Dr. Doug Majors as an Optician and Therapist. Stockton volunteered with the Paso Robles swim team as an assistant coach and served on their board for many years and swam on the Paso Robles Masters Swim Team. Her sons, Rick Finnegan and P.J. Cracchiolo competed on the swim team and graduated from Paso High School. Before moving to Texas, she worked for Michaels Optical, both in Atascadero and Paso Robles.

Stockton spent most of her life traveling throughout the world, having lived in England, the Middle East and the Far East. She now lives on the Texas Gulf Coast, but still travels by car across the states seeing things at ground level and taking the back roads when possible.