Edward Arthur Lovejoy, 62, of Hordville, died Friday, January 9, 2015 at St. Francis Medical Center in Grand Island. Funeral services will be Wednesday, January 14, 2015 at 10 a.m. at Wagner Funeral Home in Central City with Trent Wagner officiating. Visitation will be Tuesday, January 13, 2015 from 5 to 7 p.m. at the funeral home. Burial will be in the Burke Cemetery. Memorials are suggested to the family. Condolences can be sent to the family at www.wagnerfuneral.com. 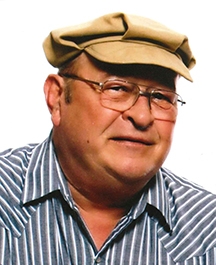 Edward was born on July 24, 1952 to Howard and Ila (Kuhn) Lovejoy in Grand Island. He grew up in Central City and Paso Robles, California receiving his education in both locations. Edward entered the United States Army on February 9, 1970 serving during Vietnam. He was honorably discharged on February 24, 1972.

He was united in marriage to Norlea J. Inscoe on September 4, 1971 in Annandale, Virginia. To this union, 3 children were born, Christopher of Central City, Jack of Polk, and Matthew of Central City. Edward then married Dicey J. Herrera on April 27, 1979. Dicey died in April of 1993. He married Dixie Pierce on October 23, 1999 in Hastings. Edward lived in California, Virginia, and in the Central City area. He was employed by Thunderbird Boats and the National Forest Service in Virginia. Ed loved to cook and spent time as the Head Chef of the Black Oak and Little Acorn Restaurants in Paso Robles, Calif. He spent many years working in the manufactured housing business for Atlantic Homes and Bonnavilla.

Edward enjoyed fishing, hunting, woodworking, and doing things with and for his family. He made sure to pass on his love and knowledge of cooking to his sons.