– Update July 14, 2015: Former Paso Robles teacher Jeremy Monn has been sentenced to six years and four months in state prison, according to reports. After he serves his time and is paroled, Monn will have to register as a sex offender. 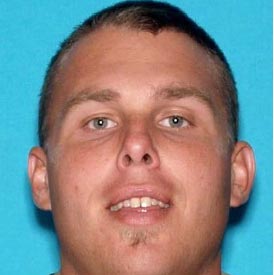 The former teacher had plead no contest to felony charges of sexual acts with two underage students at both the Big Oak Flat Groveland School District and the Paso Robles Joint Unified School District.

Two months ago, Monn was sentenced in Merced County to four years and four months in state prison after a guilty plea to three felony charges of sexual acts with a 15-year-old student while teaching there. He will return for sentencing here in San Luis Obispo County on July 6.

Pursuant to an agreement with Merced authorities, Monn will be sentenced to not less than four, nor more than seven years between the two counties.

Update Apr. 20, 2015: Jeremy Monn, a former teacher at Paso Robles High School, was sentenced last Friday in Merced County to four years and four months in state prison after entering a guilty plea in February to three of the felony charges against him, according to the Merced Sun Star. Monn is expected back in San Luis Obispo at a later date.

In February, Monn was offered a plea deal where he must register as a sex offender and would also need to plead guilty to two of the seven charges against him in San Luis Obispo County for an alleged sexual relationship that took place in 2014 with a 16-year-old female student at the high school where he taught agriculture.  He is expected to plead guilty to unlawful sex with a minor and other charges and receive an additional year and eight months in prison, according to the report.

It is not known yet when Monn would be transferred back to San Luis Obispo to enter those pleas.

He was previously arrested in June he for having an alleged sexual relationship with a 16-year old female student at Paso Robles High School where he was a teacher. He was released on bail shortly after arrest and pleaded not guilty in August. The case is still ongoing.

This second accusation has the Paso Robles resident back behind bars. On Friday, police arrested him at his home in Paso Robles, the report says. Police had two warrants from Merced Police to make the arrest.

Their investigation began September 15 of this year, just months after his arrest in June for an alleged sexual relationship with a student at Paso Robles High School, the report says.

Monn is in custody in San Luis Obispo, but he will be transferred back to Merced shortly since the arrest was warranted from there, the report says.