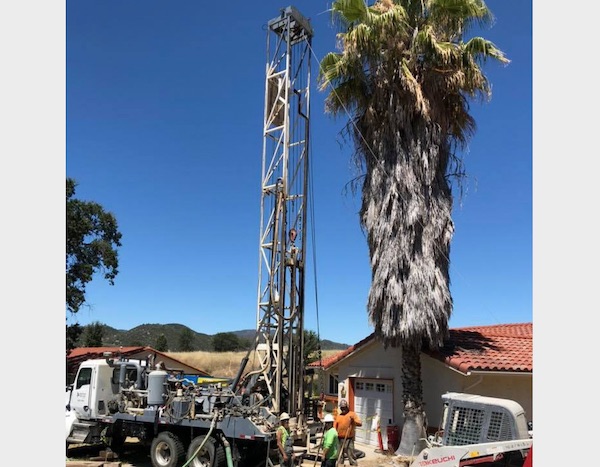 –U.S. Army Garrison Fort Hunter Liggett (USAG FHL), the largest Army Reserve-funded installation, is positioned to achieve energy and water resilience in the next two years due to its long term planning efforts during the last decade. The garrison has won several energy and water management awards for its multi-strategic program effectiveness and annual cost avoidance of millions of dollars.

According to the Army Reserve Sustainment and Resiliency Division (SRD), USAG FHL was the top Army Reserve installation in 2019 for energy consumption reduction. In Fiscal Year 2019, FHL produced 21.97 percent of its electricity needs from renewable energy, and reduced its potable water use intensity by 31 percent. FHL replaced all fossil-fuel-burning heat plants with high-efficiency electric heat pumps, and installed high-efficiency HVAC equipment contributing to a 49.3 percent reduction in energy consumption.

“We’re very proud to be leading the effort for the Army Reserve, and the millions of dollars we are saving tax payers,” said Col. Charles Bell, commander of the USAG FHL, which consists of Fort Hunter Liggett and Parks Reserve Forces Training Area. “Our energy and water supplies must be sustainable and reliable in our remote and isolated location.”

FHL’s energy microgrid, as well as a new water treatment plant designed to reuse treated wastewater for use in non-potable applications, will enable its facilities to remain operational during times of disruption, especially during the California wildfire season.

Current projects include the construction of FHL’s Integrated Installation Control Center (I2C2) which enables the garrison to monitor and manage all building control systems, as well as Integrated Advanced Metering, from a single front end interface.

Upcoming projects include upgrades of the existing electrical infrastructure to implement a microgrid encompassing the cantonment area at both installations. Existing photovoltaic arrays and battery storage assets at both locations will be augmented and integrated into each microgrid, and they will be configured to allow operation in the absence of utility power.

“When the Microgrid projects at both installations are connected to the I2C2 and existing renewable energy sources, the resulting systems will be extremely efficient and nimble,” said Jarrod Ross, Resource Efficiency Manager with the FHL Directorate of Public Works. “This will allow FHL and PRFTA to continue their missions in the absence of power from an external source.”

Resiliency isn’t just about power; it is also about making sure there is adequate potable water available to the installation and Soldiers that train at USAG FHL/PRFTA. The garrison is recognized as one of the top five installations for reducing their Water Use Intensity (WUI), and far exceeding directives and mandates for savings. This accomplishment has positioned the garrison for additional future water resiliency projects.

“If we each take steps to implement simple yet effective changes, we not only reduce usage but reduce costs that enable the Army Reserve to move dollars towards other operational needs,” said Paul Wirt, Chief of the SRD. “Conserving power helps protect America’s energy future, and ensures Soldiers have energy and water when and wherever they need it.”

USAG FHL is also the first Army Reserve landholding command to have an approved Installation Energy and Water Plan (IEWP). This plan provides a roadmap for achieving increased security, resilience, readiness, and mission assurance for the next five years of energy and water management at both installations. U.S. Army Garrison Fort Hunter Liggett has been working towards energy and water resiliency for more than a decade, and anticipates meeting the Army Directive by the end of FY22 at FHL, and FY23 at PRFTA.

“Installations play a critical role in the Army’s effort to be resilient,” said Bell. “Our energy and water resiliency supports military readiness and ensures that the Soldiers can deploy, fight and win.”