–Little more is known about the motive of the shooter, whom authorities have identified as Santino William Legan, but on Monday, disturbing details began to emerge about the 19-year-old Gilroy native, including possible links to the white supremacist movement, according to LA Times.

Amid the screams, flying bullets and bloodshed that erupted on a warm summer evening at the Gilroy Garlic Festival on Sunday, someone shouted a pivotal question at the gunman: “Why are you doing this?”

“Because I’m really angry,” the gunman replied, according to Jack Van Breen, who spoke with reporters after performing at the festival with his band, Tin Man.

Reports say that Legan purchased the gun legally in Nevada. 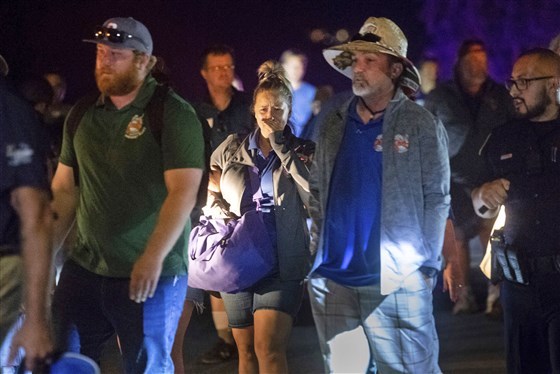 –At least three people were killed, including a 6-year-old boy, and 12 others wounded in a shooting at the Gilroy Garlic Festival in Northern California after a suspect wearing tactical gear and armed with an assault rifle opened fire, according to NBC. The suspect, who a federal law enforcement official identified as Santino William Legan, was shot and killed by the police.

The festival was near the end of its third and final day when the gunshots were reported at about 5:41 p.m. The shooter appeared to be a white male, wearing a cap, sports sunglasses and military-style clothing, according to eye-witness reports.

Gilroy Mayor Roland Velasco declared a proclamation of a local emergency early Monday morning, as the investigation into the shooting continues.