Running on a track record of accomplishments for the city 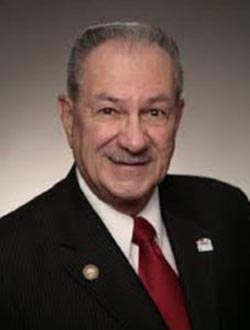 –Fred Strong is making a bid for his fourth term serving on the Paso Robles City Council. First elected in 2004, he was reelected in 2008 and 2012. Strong is running on his track record of accomplishments for the city as well as more 30 years in public service.

Strong said one of his accomplishment earlier this year was working with the Federal Rail Commission for design changes for the tanker cars carrying oil by rail. “In my capacity as Transportation Committee Policy Chairman for the National Association of Regional Councils, I was able to work for safety changes,” said Strong. “The result is a new tanker car with a honeycomb design and storage compartments that reduce the volatility of the oil by minimizing air that gets into the oil during transport. The DOT-111 rail tanker car is being phased out.”

Strong said he is able to get results because he believes in researching an issue to find a solution. “Because I’m active in organizations that represent local governments, I’m able to participate in solutions that benefit not just the people of Paso Robles, but often others in the region.” Strong currently serves in board of director and committee positions with several organizations including: San Luis Obispo Council of Governments (SLOCOG), San Luis Obispo Regional Transit Authority (SLORTA), National Association of Regional Councils (NARC) California Association of Councils of Governments (CALCOG), and LOSSAN Rail Corridor Agency Joint Powers Board.

“Through my work with the League of California Cities, we were able to pressure the State of California to return $1.7 million to Paso Robles.” said Strong. “This is the money the city is using for slurry sealing city streets.”

When asked about future projects if reelected, Strong said, “One very important goal is to keep the city water supply in good shape. We are in good shape now. We have enough allotments from Lake Nacimiento and the Salinas River, plus our own wells to support our future. “ Strong said the next thing I would work on for water would be the proposed Lake Nacimiento to Lake San Antonio Tunnel. “I would work to see that the city gets a percentage of any water transported to Lake San Antonio.”

“Rail safety and public safety are two important things for me, too,” said Strong. “My work with the LOSSAN and the passenger rail corridor between San Diego and San Jose has given me contacts that help solve local problems. For example, we had a problem with residents on the north end of town cutting through Union Pacific’s chain link fence to short cut across the tracks. I was able to convince Union Pacific to put up a more secure fence. Now we are looking into safer ways for our city residents to get where they need to go. One of those possibilities of a pedestrian tunnel under the tracks. That would be a joint venture between the city and Union Pacific.”

Strong has been endorsed by Assemblyman Katcho Achadjian. Learn more about Strong’s record and plans for the future of Paso Robles on his website.