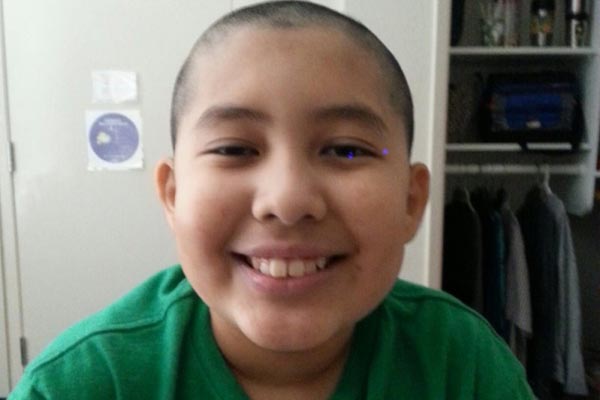 Josh Bedoya is an 11 year old boy from Atascadero who is battling a rare and advanced type of liver cancer. Photo from GoFundMe.

– At the end of the school year last year, San Benito Elementary student Joshua Bedoya, then 10, was diagnosed with stage three Hepatocellular Carcinoma (HCC), a type of liver cancer. “This type of cancer is extremely rare for someone his age,” said Bedoya’s best friend’s mom, Susan Holt Clark. Her son, Dylan, Bedoya, and other boy, Gabe Carlisle, “Are all best buddies,” according to Clark. 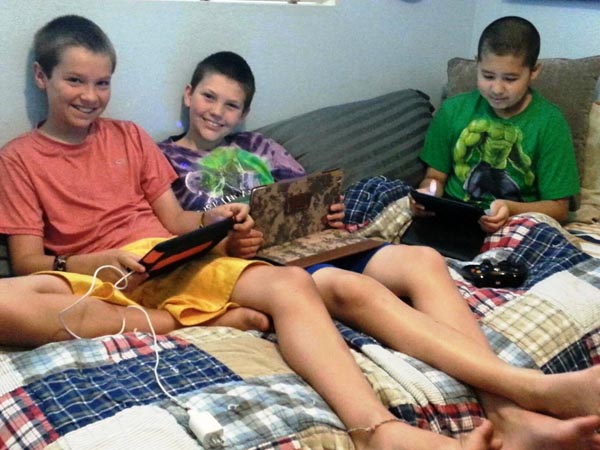 On Bedoya’s GoFundMe account, the family shares the heartbreaking story of his diagnosis:

“We found out by way of a peanut allergy in which his epipen was administered. Shortly thereafter, Joshua started to have stomach and shoulder pain. We took him to the ER and were told it was the inflammation from the epipen. During this time, Josh was also wheezing so they took an X-ray of his chest and gave him a breathing treatment for his asthma and a five-day course of steroids and sent us home. A few days had passed and he was still having pain so I took him to see his primary doctor. His doctor said, there’s nothing to suggest why he’s having pain that maybe once Joshua completes his steroid regimen, the pain will subside. Two days after that visit, the pain did not subside so I took him back to see a different doctor in the same office as Josh’s primary doctor had just gone on vacation. That doctor quickly ruled out that Joshua is still experiencing the after effects of the epipen and sent us home. A day or two later, Joshua was in excruciating pain this time so we rushed him to the ER again. We explained to the ER doctor everything that had happened and he immediately knew the pain was not from the side affects of the epipen. By this time we broke down with relief that finally, someone was going to find out what was wrong with our son. The ER doctor ordered a CT scan and soon after, he delivered the devastating news that the test showed golf size tumors and bleeding in his liver hence the excruciating pain in his right side which also caused deferred pain to his right shoulder.” 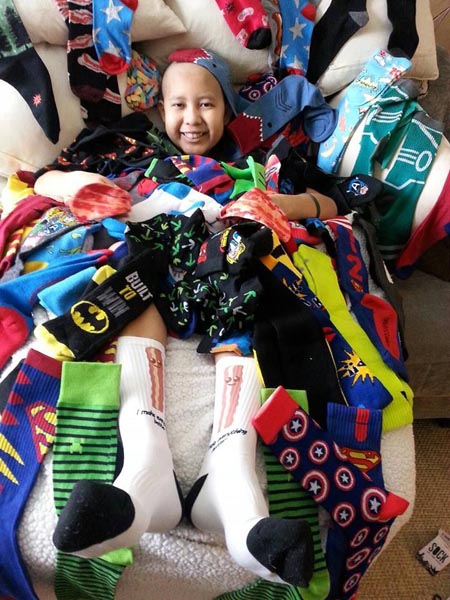 Bedoya was quickly referred to the Oncology unit at Cottage Hospital. There, they performed a liver biopsy to make the Hepatocellular Carcinoma diagnosis. “We were then referred to Standard as Joshua may potentially need a liver transplant if after chemotherapy, and surgery is not feasible.”

Clark and Gabe’s mom Tammi Carlile, decided that they wanted to try to help in some way, so they had, “Team Josh,” bracelets created, and are selling them around the community, with 100-percent of the proceeds going to support the family. They sold the bracelets in front of San Benito Elementary School last week, and raised over $3,000 for the boy and his family. “What is amazing is that it’s donation based,” said Clark, meaning that supporters gave only what they could. “Some gave 25 cents, some gave 100 dollars,” said Clark. “The bracelets are emerald green,” said Clark –the color of Liver Cancer awareness, “and also Josh’s favorite color.”

San Benito Elementary also hosted a sock drive for the Bedoya family to help offset costs of travel, loss of work, and other expenses. 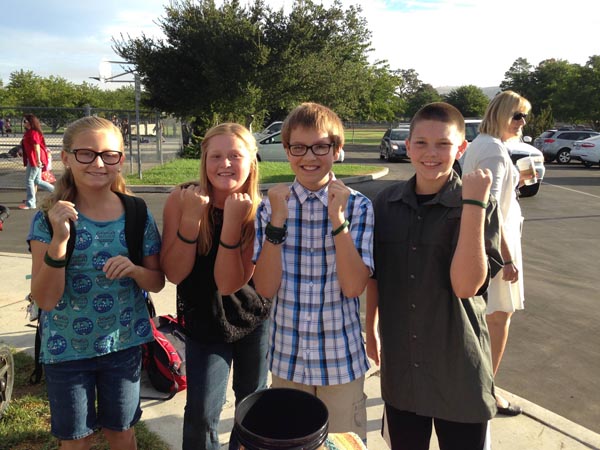 The Atascadero Carl’s Jr. will be donating 20-percent of their sales on Tuesday, Oct. 13 from 5 p.m. – 10 p.m., Carlisle and Clark will be present, selling “Team Josh” bracelets.

On the GoFundMe, the family states, “As Stanford is three hours away from where we live, donations received will be used to support travel, lodging, food and medical expenses because the treatment plan will take over 12 months to complete without set backs. We are also asking for prayers that our son continue to have the strength to withstand his chemotherapy treatments and that our family continue to stay strong and hold on to the hope and faith that everything is going to be ok.”