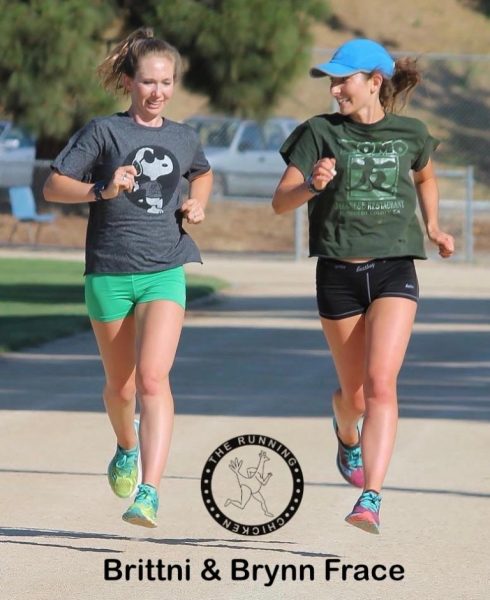 –Sunday morning, the first ever Brynn and Brittni Frace’s Memorial 2019 Running Chicken 10K and Fun Run will be held at Lake Santa Margarita. The fundraising event celebrates the sisters from Atascadero who were killed in a car accident last January on their way back to Chico State. Both girls were exceptional runners at Atascadero High School.

Their father, Warren Frace, says the 2019 Running Chicken 10K and Fun Run is a fundraiser for scholarships, athletic equipment and community connectivity. Frace is the Community Development Director for the City of Paso Robles. Previously, he worked in a similar capacity in Atascadero.

Why the “Running Chicken?” Warren Frace says that was Brittni’s idea. He says Brittni called her fellow runners “chickens” and the younger high school runners, “chicks.” He says, “Brynn and Bitti wanted everyone to find their ‘Inner Chicken.’ To them it meant living each day with courage, commitment, loyalty, dancing, spontaneity, acceptance, fun and running with passion.”

About six months before she was killed Brittni designed “The Running Chicken” logo for a T-shirt. That logo is being used for Sunday’s event.

The race starts at 9 a.m. Sunday morning. Entry fee is $45. For information and registration go to their website at Run4BittiandBrynn.org.