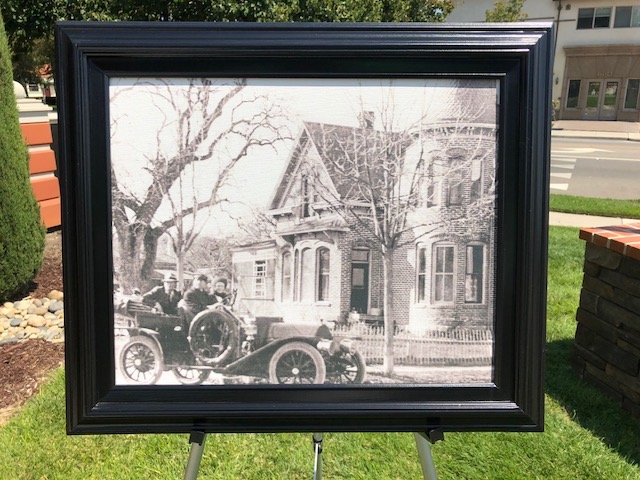 –Kuehl-Nicolay Funeral Home in Paso Robles celebrated the installation of a flagpole in front of the 120-year-old building on Spring and 17th Streets.

General Manager Kurt Hardenbrook showed of an old plaque with the Mission Statement written by the owners of the funeral home 75 years ago. For many years the plaque was displayed next to a drinking fountain and bench on Spring Street. 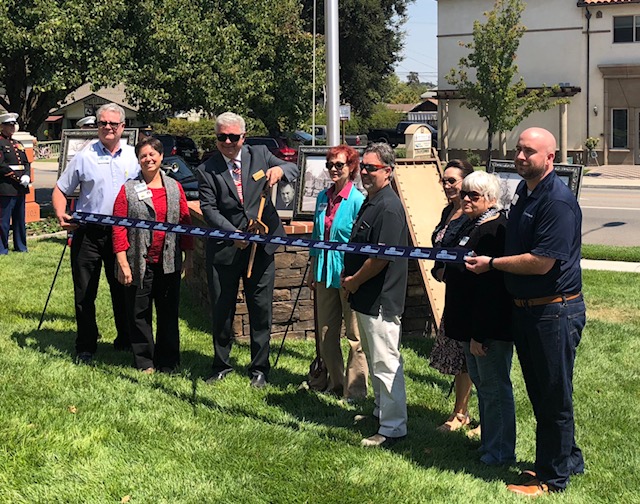 The Paso Robles Chamber of Commerce held a ribbon-cutting for the new flag pole. Pastor Steve Calagna of the North County Christian Fellowship gave a Benediction. Pastor Calagna shared that he performed his first ever funeral service at Kuehl-Nicolay in the mid-70’s.

Hardenbrook displayed historic photos of the funeral home dating back to 1927. He also showed off a stretcher used to transport the body of James Dean after his fatal car accident at the Cholame Y on September 30, 1956. 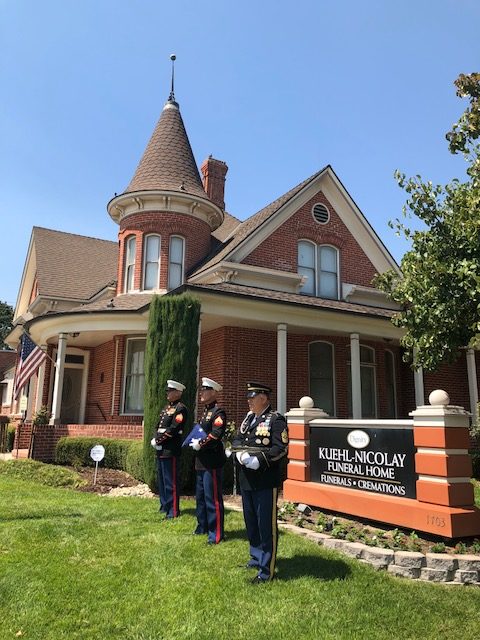 Three U.S. Marines played Taps and raised the flag to half-staff. The half-staff positioning honored the memory of former US Senator John McCain.