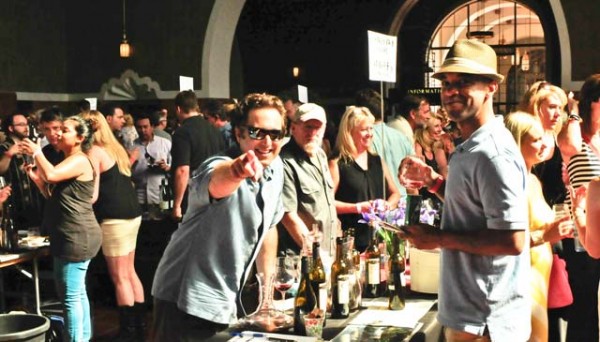 –The Garagiste Wine Festival returns to Paso Robles Nov. 5 – 7 for its fifth anniversary with three days of events that feature over 50 micro-production winemakers pouring over 200 wines. Launched in Paso Robles in 2011, the Garagiste Festival was the first event to define, and shine a spotlight on, the American “garagiste” wine movement- a term originally used in the Bordeaux region of France to denigrate renegade small-lot wine makers, sometimes working in their “garages.”

Tickets are on sale now by clicking here. The festival takes place at the Paso Robles Fairgrounds and other Paso area locations, including Broken Earth Winery and the  Carlton Hotel in Atascadero.

“Since our first festival in 2011, we have spread the gospel of the Garagiste from its birthplace in Paso Robles to include cutting-edge, small-lot winemakers from all over California,” said Garagiste Festival Co-founder Doug Minnic. “We are extremely proud that we have helped bring attention to previously under-recognized winemakers, making a real difference in their businesses by introducing them to the thousands of wine consumers who love discovering under-the-radar wineries. And It all helps to raise funds to support our newly established Garagiste Festival Scholarship at Cal Poly.”

In addition to the main event, the Grand Tasting – which showcases over 50 commercial garagiste winemakers exclusively from the Paso area – this year’s festival offers a line-up of “best o”’ events from the past five years.

Festivities include: a fifth anniversary, five-course winemaker dinner, matching local artisan produce with outstanding garagiste wines, helmed by Chef Charles Paladin Wayne; the “Rare and Reserve Winemaker Mixer,” featuring barrel samples, wine club, library, sold-out and pre-release wines from wineries both in and outside of the Paso area; the “Shoot Out” Big Red Blend competition; educational wine tasting seminars; a winemaking symposium for winemakers and anyone interested in the, “nitty gritty of the winemaking process,” and the “Rockin’ After Party” with beer from Barrelhouse Brewing Company and music from AC/DC cover band High Voltage. The festival will also pay tribute to inaugural winemakers.

“Many of the winemakers were unknown when they poured at our first festival and have now gone on to build tasting rooms, expand production, receive awards, high scores and acclaim –but they have never forgotten their roots, which are all about making some of the best hand-crafted wine in the world,” said Garagiste Festival Co-founder Stewart McLennan. “We look forward to honoring those winemakers as they pour alongside some of our new garagiste discoveries at what we know will be our best ever festival in Paso.”

The events benefit the Cal Poly Wine and Viticulture program.

Among the over 50 winemakers already scheduled are retuning pourers:

Pouring for the first time:

Tickets are limited and have sold out every year. To purchase, click here.