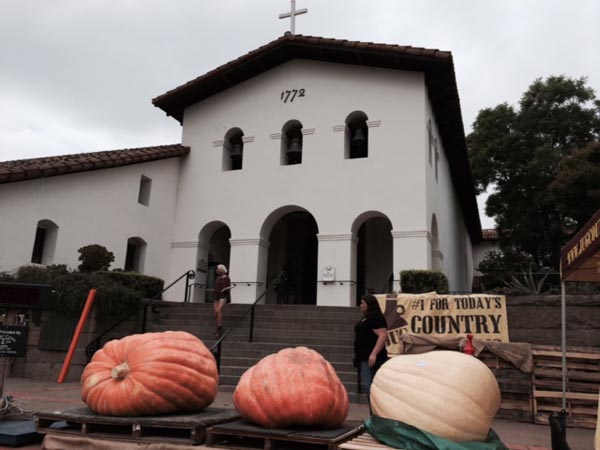 Giant pumpkins on display in front of the mission in San Luis Obispo. Photo by Dick Mason.

–Farm Supply had it’s annual pumpkin competition at Mission Plaza in San Luis Obispo Thursday night. Again this year, Randy Pharr of Templeton had one if the largest pumpkins, weighing in at around 700 pounds.

Last year, Pharr won the competition. He says he cross-pollenates the pumpkins to create large pumpkins. He doesn’t do any genetic modification.

His 700- pound pumpkin will be on display Saturday at the Templeton Farmer’s Market. It will also be displayed at the Founders’ Day celebration in Templeton.