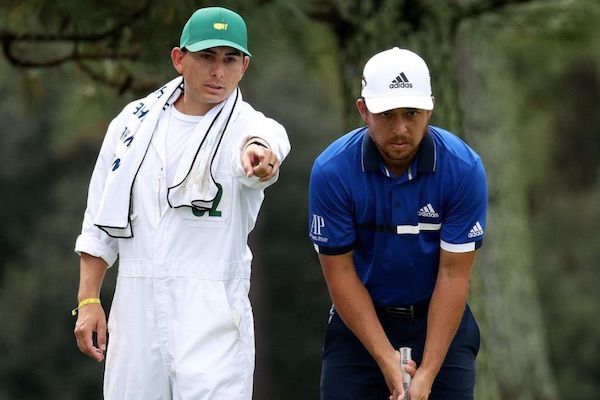 – Xander Schauffele won the Travelers Championship golf tournament in Cromwell, Connecticut on Sunday. Schauffele’s caddie and partner on the course is Austin Kaiser, who played golf at Atascadero High School before meeting Xander at San Diego State, where they played together on the Aztec golf team.

It’s Schauffele’s sixth victory on the PGA Tour. He also won the Olympic Gold Medal in Tokyo. Xander wins 1.5 million dollars for the victory. It occurred on his one-year wedding anniversary. He said he was anxious to go home and see his wife.

Austin grew up in Atascadero playing at Chalk Mountain Golf Course. After Atascadero High School, he played for Alan Hancock College in Santa Maria. While at Hancock, he won the CA JC State Championship.