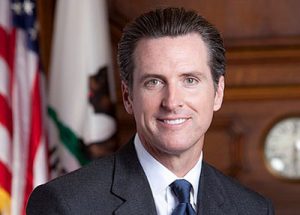 –LOS ANGELES – Days after delivering his State of the State Address inviting local leaders to partner on solutions to homelessness, Governor Gavin Newsom will continue his statewide tour in South Los Angeles today, where he will visit a site that was prepared in a matter of weeks and has moved dozens of Californians off the street and into temporary housing. In response to the Governor’s executive action on homelessness in January, which deployed resources directly to local communities, the County of Los Angeles acted quickly to identify vacant land and set up power, sewage and water connections to install 10 state trailers that now house families with children. Residents at this site will receive wraparound services and assistance connecting them with longer-term affordable housing.

On Friday, the Governor announced the 286 state-owned properties immediately available to cities and counties for $1 to use for homelessness solutions. On Thursday, the Governor began his tour in Yountville, where he met with leadership of the League of California Cities, outlining his vision and inviting partnerships.

The Governor has released the full $650 million in State Emergency Homeless Aid and issued a challenge for cities and counties to partner with the state on immediate impact solutions to tackle homelessness. On the heels of his proposed budget featuring more than $1 billion to fight homelessness, and executive order on homelessness, Governor Newsom last month traveled to San Diego, Oakland, Grass Valley, Riverside, Los Angeles and Fresno, participating in a local point-in-time count and meeting with staff and residents at shelters, a board and care home, and a crisis stabilization center.