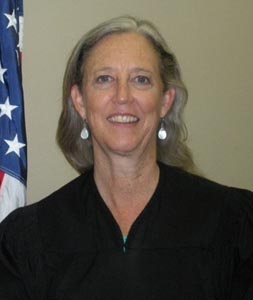 Peron, 60, of San Luis Obispo, has served as a commissioner at the San Luis Obispo County Superior Court since 2006, where she was a family law facilitator from 1998 to 2006. Peron was an attorney in private practice from 1984 to 2006 and an associate at Stuart and Shaw Inc. from 1979 to 1984. She earned a juris doctor degree from the Pepperdine University School of Law and a bachelor of arts degree from the University of California, Santa Barbara. Peron fills the vacancy created by the retirement of Judge Earle J. Burke. She is a Democrat.