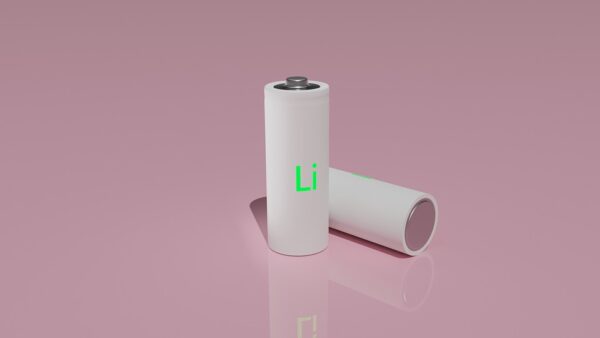 Experts estimate the Imperial Valley region of California could satisfy up to one-third of today’s global lithium demand. Lithium is a critical component of the advanced batteries needed for zero-emission vehicles, clean electric grids, and other renewable energy technologies.

“The promise of Lithium Valley in California is a game changer in the nation’s transition to clean energy and zero-emission vehicles, representing what could be a critical breakthrough in the fight against climate change,” said Governor Newsom. “California is a global leader in clean energy, and today’s announcement represents the promising potential for new economic opportunity, community benefits, and good jobs right here in California.”

The project is designed to position the state to “become a global leader in the deployment of new technologies and environmental protections that can sustainably coproduce lithium with renewable electricity from geothermal power plants.”

Experts estimate the region could satisfy up to one-third of today’s global lithium demand.

Prior to the governor’s meeting with the president, he met community leaders and local leaders to discuss the environmental and community impacts, as well as opportunities.

Lithium is becoming an increasingly critical resource as the state – and the world – moves toward a clean energy future to tackle the climate crisis. This metal is a crucial component of batteries needed to power electric vehicles, enable a 100-percent clean electric grid, and move the state’s homes and industries away from fossil fuels. Governor Newsom’s Lithium Valley Vision, as outlined in the California Blueprint, commits to a lithium infrastructure that will:

• Provide incentives to advance the clean energy market in California.
• Provide Californians in the Imperial Valley a share of the benefit from these projects.
• Include labor standards that deliver community benefits, economic development, and job opportunities.
• Ensure lithium production is done in a clean and sustainable way.

The blueprint also includes a new tax credit for those that opt in to develop green energy technologies, totaling $100 million per year for three years. This credit will fund pre-development costs for new technologies such as: electric vehicle manufacturing and infrastructure; geothermal, lithium extraction, and battery manufacturing; long-duration storage; and more.

As part of today’s announcement, President Biden highlighted investments in the innovative businesses operating in this space.

California-based Mountain Pass (MP) Materials has been awarded $35 million from the federal government to separate and process heavy rare earth elements at its facility in Mountain Pass, California, establishing a full end-to-end domestic permanent magnet supply chain. MP Materials has announced it will invest another $700 million and create more than 350 jobs in the magnet supply chain by 2024. In 2021, MP Materials received a $15 million California Competes Tax Credit.

Berkshire Hathaway Energy Renewables (BHE Renewables) also announced that this spring, they will break ground on a new demonstration facility in Imperial County to test the commercial viability of their sustainable lithium extraction process from geothermal brine as part of a multibillion-dollar investment in sustainable lithium production over the next five years. If successful, this sets the company on a path towards commercial-scale production of battery-grade lithium hydroxide and lithium carbonate by 2026. Once at scale, BHE Renewables facilities could produce 90,000 metric tons of lithium per year.