Schaedle has served on the council since 2013. She has been a human resources analyst and Americans with Disabilities Act coordinator at California State University, Monterey Bay since 2012. 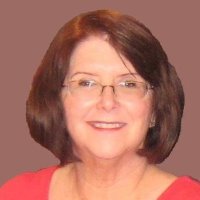 Schaedle was an employment disability consultant at California State University, San Diego from 2011 to 2012 and a disability program navigator for Shoreline Workforce Development Services and Pacific Gateway Workforce Investment Network from 2006 to 2010. Schaedle served on various disability mediation, dispute resolution and professional panels from 1996 to 2006.

She served in various positions at the Bank of America Human Resources Center, Pasadena from 1994 to 2002, including Americans with Disabilities Act case manager. Schaedle was a freelance graphic designer from 1987 to 1993. This position does not require Senate confirmation and there is no compensation. Schaedle is a Democrat.