Special from the Soaring Eagle Press 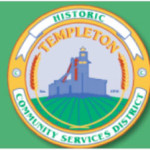 “The current Templeton Community Services District (TCSD) merits ongoing oversight of the specific issues raised by the 2012-13 Grand Jury,” concluded a report recently released by the current San Luis Obispo County Grand Jury. The report titled, “Grand Jury Legacy: Responding to Recommendations” is a follow up on the previous Grand Jury’s work to “reinforce the effect and influence” of the work of the prior year’s Grand Jury “by tracking the agencies’ responses to recommendations made by that Grand Jury.”

The 2012-13 Grand Jury issued eight reports last year – five of which were investigative reports with recommendations that required responses. The “Legacy” report reviews both the responses and progress to these recommendations from the five – one of which is titled, “Trouble in Templeton’s Community Services District”.

Several citizen complaints, employee concerns, and news articles concerning alleged behavior of some TCSD Board members and the General Manager were investigated.

At this point, the current Grand Jury has found that 12 of the findings and recommendations have been acted on, 6 are still to be implemented, and that there remained some concerns as to the efficacy of those actions and promises.

From a positive perspective, the report noted that, “In addition to hiring a new General Manager, the Board addressed inappropriate actions by a Board member as well as replacing ineffective policies, procedures, and regulations.”

But the report concludes by saying that, “There remain some management conflicts on the Board that may be resolved through time and/or elections. Since many of the agree-to responses, such as “While significant steps have been taken… will be implemented in the near future,” require faith that implementation is completed or ongoing.”

The report also suggests that the 2012-13 TCSD report is worth rereading to refresh memories.

Author’s note: The significant dysfunction within the District was becoming apparent in 2009, ramped up mid-2010, and was full-blown thru 2012 – only leveling off as a result of a combination of several events that began with the Grand Jury investigation and included the resignation of then General Manager Jeff Hodge, an election, and the hiring of Interim General Manager David Andres. Now, with new General Manager Jeff Briltz at the helm, a number of positive changes and advances have been accomplished. And, as the current Grand Jury review pointed out, the upcoming election may also have a constructive role to play. The District as a whole has weathered the storm – perhaps better than one might expect given the seriousness of the situation – due to a very strong foundation that was built and secured over several decades by the people of this community through previous Board’s and exceptionally committed staff members. And it is important to note that the District is now on a positive upward trajectory – keeping in mind that while a great deal has been accomplished, there is still a considerable amount of work to do. The community has reason to be cautiously optimistic, but must continue to remain informed and involved.