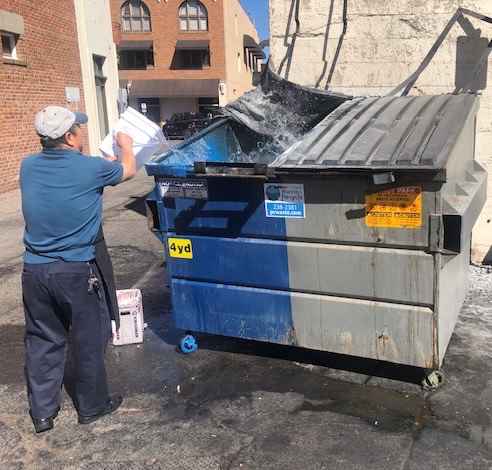 Before firefighters arrived, people dumped buckets of water into the dumpster.

Smoke was thick, but lasted for only 5-10 minutes

–A dumpster fire produced a lot of smoke in the alley between Park and Spring Streets near 12th Street around 3 p.m. Saturday afternoon. The smoke drifted on to Park Street, where visitors were enjoying alfresco dining at one of the parklets.

Paso Robles Fire Department responded and extinguished the fire. The fire melted the plastic cover on the trash receptacle. Before firefighters arrived, people dumped buckets of water into the dumpster. 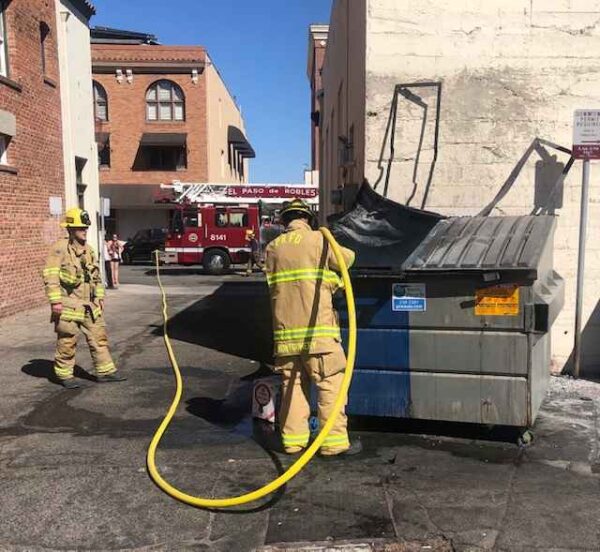 A fire fighter reminded local citizens to not dump hot trash into a dumpster containing flammable materials. He said, “Putting out a grease fire is problematic, even if it’s inside a dumpster.”

The fire caused no serious damage, but it created concern as crowds of people were walking Park Street during Main Street’s “Taste of Downtown.” The 23rd Annual Taste Event attracted hundreds of people to restaurants and wineries in the downtown area. The smoke was thick, but lasted for only 5-10 minutes.

No injuries were reported, although a “Dumpster Diver” was reportedly spotted nearby earlier on Saturday.