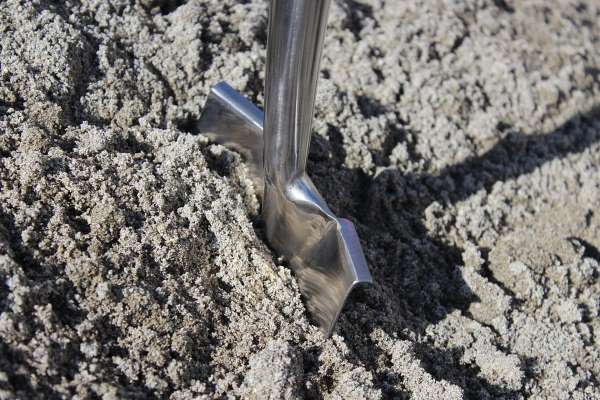 Equipment mobilized to move the dirt

– On Tuesday, Nov. 9, at 4 p.m., a groundbreaking will take place for Templeton Library at the corner of Main Street and Templeton Road in the Templeton High School parking lot.

Templeton Community Library Association (TCLA) welcomes its members and the public to celebrate this milestone. It is a “Bring your own Shovel” event!

Former Boy Scout, Josh Gibson, whose idea it was to build a library in Templeton, as his Eagle Scout project, is scheduled to turn the first official shovel full with his family by his side.

It is a rarity because this will be a free public library, privately funded. TCLA will operate the library with trained volunteers. The modular building is scheduled to arrive on the site the second week of December.

TCLA was to share a 50-50 funding partnership with SLO County, but last March the county announced there were no funds available for library facilities. However, COVID-19 restrictions created an opportunity to accomplish major tasks for the TCLA Board by meeting online to plan and design the project.

Templeton used to have a library – built in 1915 as a Reading Room and later operated by SLO County until 1979 when it was closed due to Prop 13 impacts. It was never re-opened. Boy Scout Josh Gibson wanted to build his town a library. TCLA was formed in 2000 to continue that dream of a small-town library

A bequest from Margaret Anderson Radunich, whose father was Templeton School’s first bus driver, and her mother a Templeton school teacher, brought this project to fruition. With early critical donations from George R. Hearst, Jr. and many dedicated Templeton businesses and residents in the last decade, TCLA chose to build this library from private donations. We are grateful for every donation and in-kind support.

A private “soft opening” for current TCLA members is planned for early 2022 to distribute library cards. A public grand opening will follow.