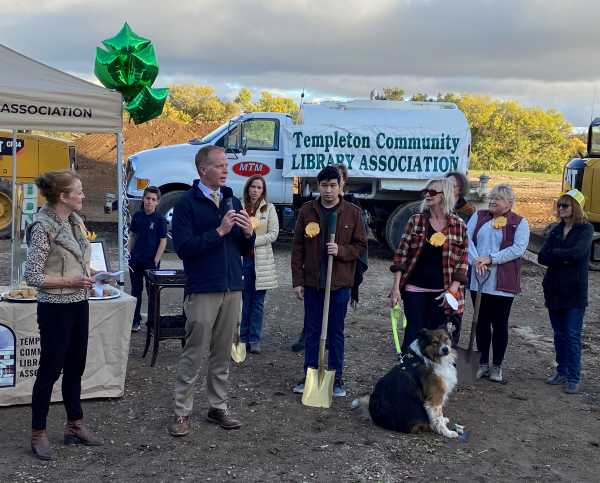 – A groundbreaking ceremony for a new Templeton Library attracted about 65 people to the Templeton High School Parking lot where the library will be constructed at the north end of the parking lot, across from the high school. President of the Templeton Community Library Association Melinda Reed welcomed community members to the future location of the library and thanked people who made the project successful. Many were in attendance.

Reed talked about the history of the project, and the generous contributions of the family of Margaret Anderson Radunich, whose father was Templeton School’s first bus driver. Margaret’s mother was a teacher at the school. George R. Hearst, Jr. also made a critical donation in the early going, which helped the project. 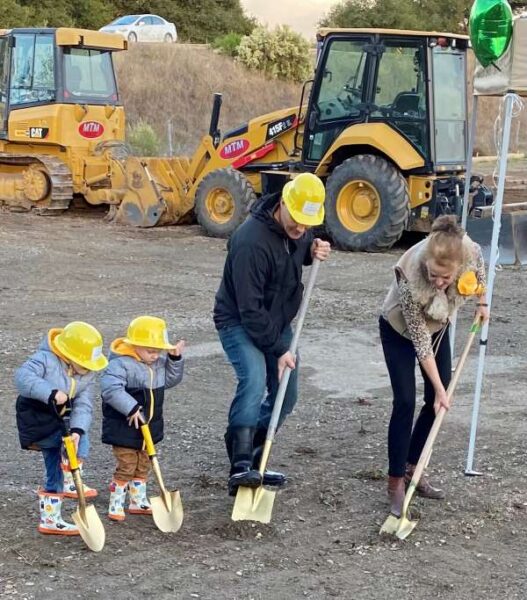 Reed introduced Josh Gibson, who first promoted the idea of a new library for Templeton as his Eagle Scout Project. Josh and his two young sons joined Melinda in the first groundbreaking effort.

The library will be constructed of nine modular buildings at a cost of about $1.2 million dollars. All the money is coming from private donations. Reed says the modular buildings will arrive in December. They will create 2,800 square feet of library space. There will also be porticos and a memorial garden.

Reed says the library still needs to raise another $20,000 to pave the location where the library is being installed.