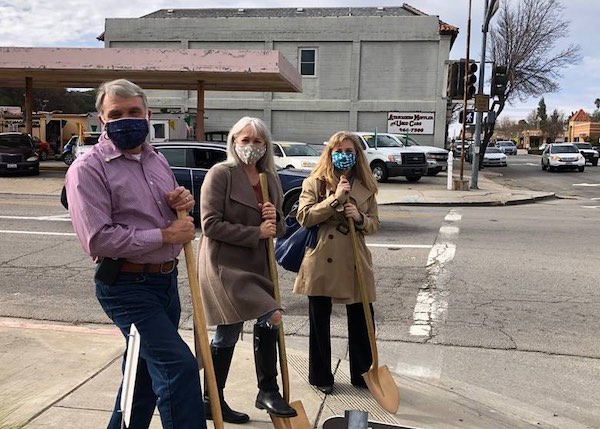 –The City of Atascadero will start construction on Traffic Way between US 101 and El Camino Real beginning on Wednesday, April 14. A groundbreaking ceremony was recently conducted by City Council to celebrate the kick-off for the construction project.

Traffic Way, a widely used connection to the downtown area, will receive safety improvements to the sidewalk, curb ramps, and a portion of the roadway, between the US 101 overcrossing and El Camino Real. The improvements will be constructed on both sides of the street. These improvements are funded through the federal Community Development Block Grant Program, which focuses on the removal of barriers to pedestrian use and increases accessibility under the American with Disabilities Act (ADA). In addition to improving pedestrian mobility and accessibility through this corridor, the new sidewalks will match current City downtown area aesthetics including decorative pavers along the curb.

“The city continues to make improvements in and around the downtown area to encourage community members to visit, shop, eat and enjoy all of what the downtown has to offer,” said Nick DeBar, Public Works Director.

The contractor, G. Sosa Construction, will construct all improvements on the northwest side of Traffic Way before shifting to constructing improvements on the southeast side. Work will be completed along one roadway edge before beginning work on the other. During construction, the outside traffic lane will be closed, with traffic shifted to the other side and a single lane remaining open in each direction. It is not expected that additional lane closures will be necessary; however, there may be some intermittent delays, especially during higher traffic volumes. 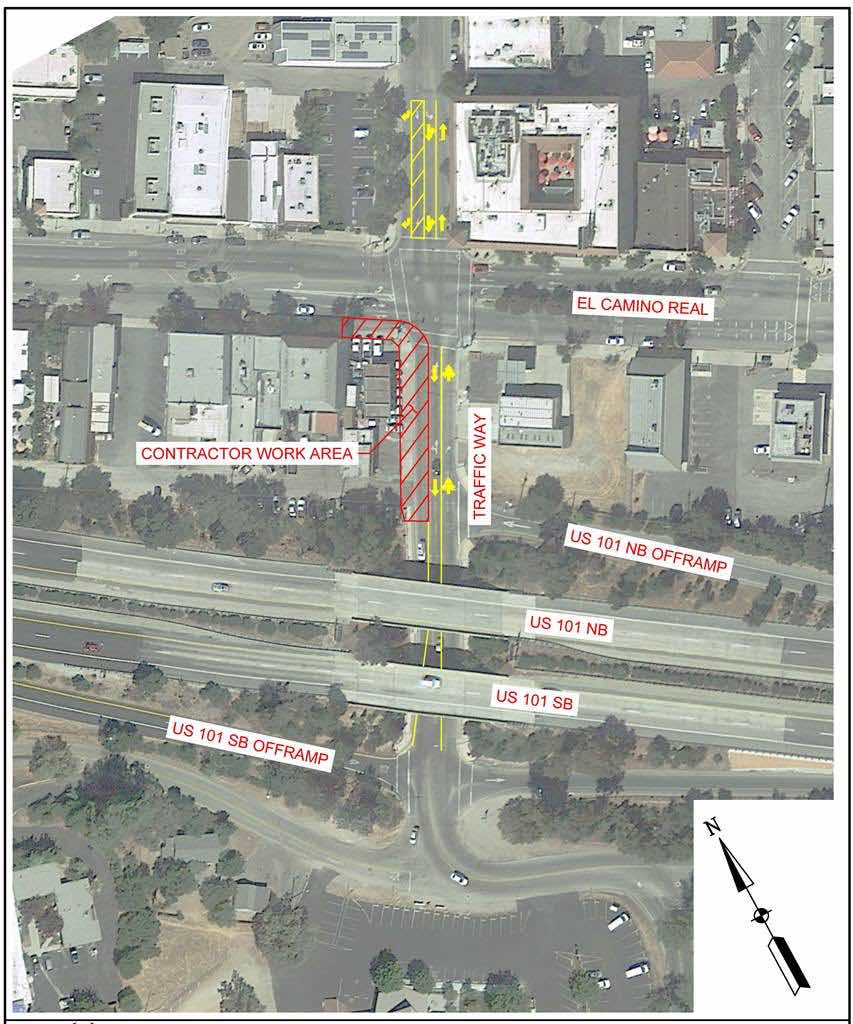 Motorists are encouraged to pay close attention to the traffic signage and to plan for a little extra time if travel through the area is necessary. Large trucks, trailers, and recreational vehicles should use alternative routes when possible due to the tight, constrained conditions at the intersection of Traffic Way and El Camino Real. It is expected that this project will take two months and be completed in mid–June 2021.