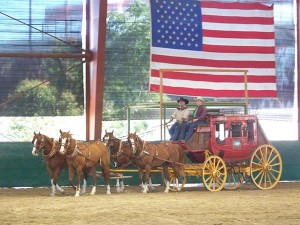 –Local business Harris Stagelines and SRY Coaches won the 2016 Fort Worth Stock Show and Rodeo Parade’s Chairman’s Award at the event on Jan. 16. They were also recipients of a special award for traveling the greatest distance.

The parade saw nearly 200 entries from across the nation, and featured marching bands, horses, wagons and a number of floats who navigated through downtown “Cowtown” in Fort Worth Texas.