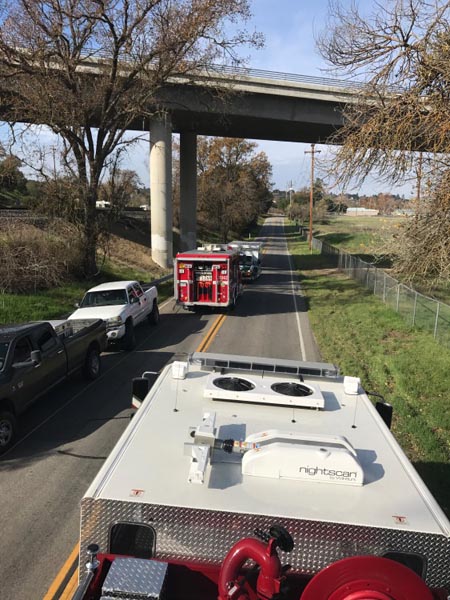 Substance determined to be non-hazardous

–Monday morning at 8:37 a.m., workers from the Atascadero Public Works Department observed a large barrel on the side of the road in the 6900 block of Sycamore Road in Atascadero. The barrel was lying on its side and was leaking a white gelatinous substance. Due to the circumstances, the crew reported the incident to Police and Fire dispatch.

Atascadero Department of Fire and Emergency Services responded and were unable to immediately identify what was leaking from the barrel. The San Luis Obispo County Regional Hazardous Materials Team was called out to the scene. This team is comprised of fire and emergency personnel from all over San Luis Obispo County.

The 6900 block of Sycamore Road was closed while approximately 28 personnel were working on this spill. Responding personnel included the Hazardous Materials Team, personnel from Atascadero Fire and Police Departments and medics from San Luis Ambulance. Specially trained professionals tested the substance in an attempt to identify it and have determined that the material was not hazardous.

The public works crew is now performing cleanup. The road will remain closed until cleanup is complete.