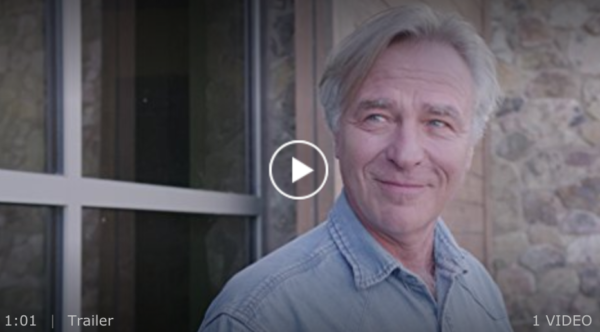 Paso Robles production company Juice Media has reunited a pair of Star Trek actors at an iconic wine country locale for one unforgettable love story amongst the vines.

—Paso Robles production company Juice Media has reunited a pair of Star Trek actors at an iconic wine country locale for one unforgettable love story amongst the vines. Plucky, moving romantic comedy “Heart of Paradise” will premiere at the SLO Film Festival this March. A special presentation will run at the Downtown Park Cinema in Paso Robles, 7 p.m. Thurs March 15 and the Palm Theater, San Luis Obispo, 1 p.m. Sat March 17.

“Heart of Paradise” is largely shot against the vineyards and barrels at Niner Wine Estates located off Highway 46 West in scenic Paso Robles. In the short film, two bachelors united by a passion for winemaking collide with a mother-daughter duo seeking a wedding venue. Backdropped by Niner’s famed Heart Hill Vineyard, a double romance blossoms in unexpected soil, warming a widower’s heart and changing the course of a young bride’s life forever.

“We are so thrilled to be able to showcase the beauty of Paso Robles and the Heart Hill Vineyard as the backdrop for this romantic story,” Mande said. “Casey and I have been wanting to do a narrative short film together and it’s so thrilling to see this story come to life.”

Watch a trailer for “Heart of Paradise” here www.heartofparadisefilm.com.

As founder of Juice Media, Mande has continued to expand her horizons, winning over 20 Addy Awards and a Telly award. She’s the director behind the popular viral web series “Paso Wine Man,” which has become a cult phenomenon within the wine world. She’s also directed over 60 episodes of “California Dream Eater” for Visit California out of Mering Carson.

With an unwavering love for telling bold, unforgettable stories, Mande says she continues to chase down inspiration, camera first. For more on Dina Mande and Juice Media, go to hellojuice.com.