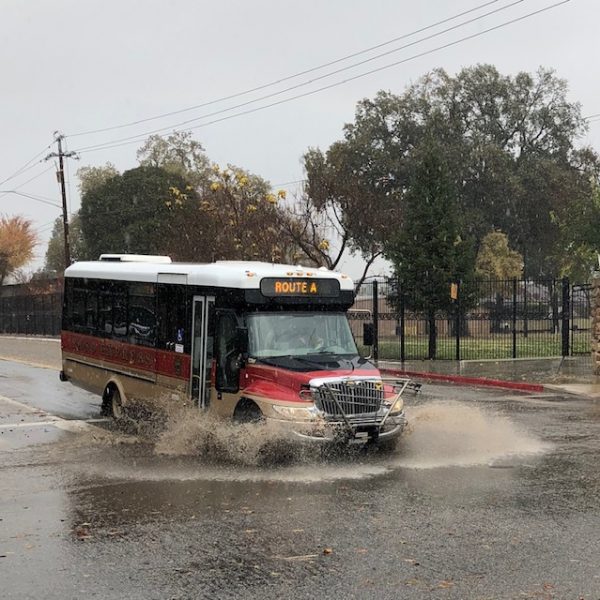 –Heavy rainfall Thursday morning flooded sections of 21st near the railroad tracks, and Riverside at 21st in Paso Robles.

The center planter box on 21st filled with run-off and the water spilled over the elevated curb onto the roadway near the tracks. West of Paso Robles, an oak tree fell early Thursday and blocked Santa Rita Creek Road off 46 West. Debris littered Old Creek Road between 46W and Cayucos.

Before the storm reached the North County, PG & E Meteorologist John Lindsey predicted the storm would dump 2-4” of rain on the North County. He said this will be the first storm in a winter bringing above average rainfall. Lindsey describes the ‘18-‘19 as a moderate El Nino rainy season, about 110-percent of average.