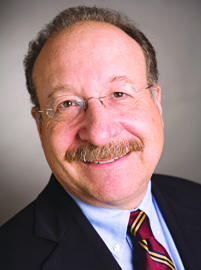 At its own peril, California continues to chase away manufacturers.

As one of the 50 Fastest-Growing Companies in our region, Oxnard-based Haas Automation has come to understand how to do business worldwide. As one of the world’s largest manufacturers of machine tools, Haas has ridden the crest of the recovery in the auto business and has seen revenue jump 79 percent to $967 million during the past two years.

Despite that accomplishment or perhaps because of it, California still can’t find a way to accommodate Haas’ desire to expand in Ventura County. Plans for a second manufacturing plant in the U.S. are going forward but it isn’t likely to be in the Golden State, the company said.

Haas’ dilemma isn’t unique. Over the past year, the Business Times has chronicled the story of AG Machining, a Ventura County company founded by Angel Garcia in his garage. The business now has more than 100 employees.

That risk is particularly apparent in places such as Ventura County, Santa Maria and northern San Luis Obispo County, where thousands of jobs that pay head-of-households wages in all sorts of areas of specialized manufacturing are tucked away inside low-slung industrial buildings and warehouses.

At a program earlier this summer in Paso RObles, Chris Thornberg of Beacon Economics named retaining or expanding the manufacturing base as on major area where California is at risk of falling behind.