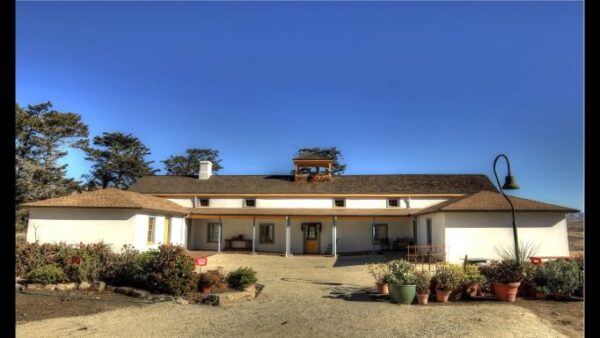 Built in the late 1830s, the Dana family moved into the adobe in 1839. Captain William Goodwin Dana, a retired sea captain from Boston, received the 38,000-acre land grant after marrying Maria Josefina Petra de Carmelo Carrillo in Santa Barbara. Dana also served as alcalde in Santa Barbara. His wife, Maria Josefina, gave birth to 21 children, 13 of whom survived to adulthood. Photos of the 11 boys and 2 girls are on the wall inside the entrance of the adobe. The collection includes the photo of the grave of the first Adelina, who died when she was five years old. Her body was interred in the wall of Mission San Luis Obispo.

The Dana family children, including Adelina.

During a tour of the adobe, historian Penny Koines said the original land grant may have extended all the way north to present-day Paso Robles. In the 1840s, Mexican officials awarded land grants to the Estradas in Santa Margarita and other parts of the North County.

The experiences of the early settlers still impact life in the region. In 1837, Juan Pacifico Ontiveros received the 36,000-acre “Rancho San Juan Cajon de Santa Ana Land Grant,” which is in modern-day Orange County. The same year, Tomas Olivera, his future father-in-law, received the 8,900-acre Rancho Tepusquet Land Grant near present-day Santa Maria. A drought and plethora of lawsuits over the boundaries of the Rancho San Juan Cajon inspired Juan Pacifico to sell that southern land grant. He bought Rancho Tepusquet and relocated his family to the farmland east of Santa Maria. 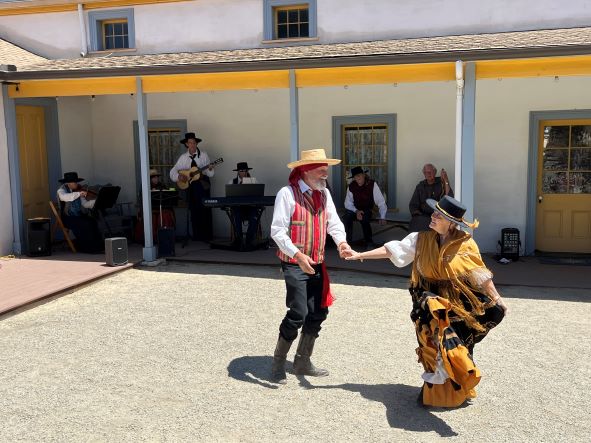 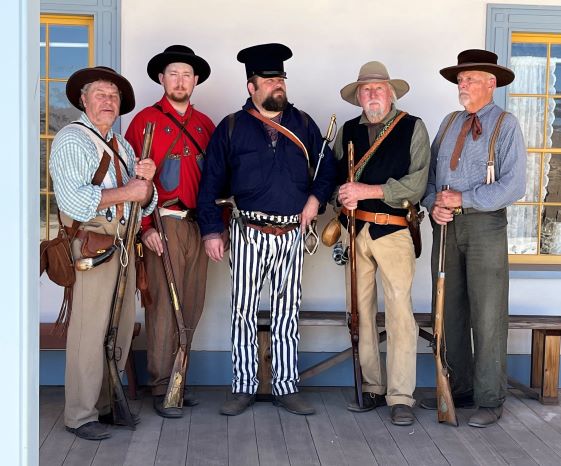 The Dana Adobe Nipomo Amigos (DANA) has events planned in the months ahead, including a Summer Speaker Series. Penny Koines will speak at 1 p.m. Sunday afternoon, Aug. 21 on Henry Teft at the new Dana Cultural Center, which is a museum near the adobe. On Sept. 4, Tara Machin will speak on Geologic Adventures on Route 66. There are also two large events. Captain Dana spent a lot of time in the “Sandwich Islands,” so, there will be a “Captain’s Luau” held on Sept.17. A Halloween Bash will be held on Oct. 26.

For more information on the Dana Adobe, visit their website at Danaadobe.org.