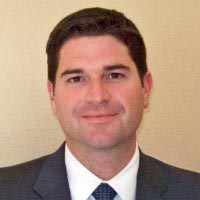 Simone Lagomarsino, president and chief executive officer of the company said, “Since Lonny joined us in March 2014 he has dutifully carried out the responsibilities of chief financial officer, and has done a nice job of mentoring Jason Castle, which is one of the things Lonny was brought in to do for us. Jason is now prepared to take on the role of chief financial officer and we are excited for Jason in this next phase of his career with us. We appreciate all of Lonny’s hard work and wish him well in his next endeavor.”

Robinson said, “I have enjoyed my time with Heritage Oaks and it is professionally gratifying to have completed the objectives set out for me when I came on board, including assisting with the post-merger integration of Mission Community and the grooming of Jason Castle. While I will miss the friends I have made and the collaborative environment, I know Heritage Oaks is in good hands with Jason, and I am excited about the new doors of opportunity that will open as I embark on the next chapter of my career.”