Heritage Oaks Bank announced that it completed the acquisition of Mission Community Bank on Feb. 28 as planned. With the completion of the merger, Heritage Oaks Bank now has approximately $1.6 billion in assets and operates 17 full service branches from Paso Robles to Santa Barbara, as well as loan production offices in Goleta and Oxnard.

Simone Lagomarsino, president and CEO of the bank, said “The merging of Mission Community Bank into Heritage Oaks Bank combines the best features of two long-time community banks into the largest community bank headquartered on the Central Coast of California. Over the next six months we will consolidate several of the branches and complete the integration of the two banks, which will position Heritage Oaks well for future growth and profitability.” 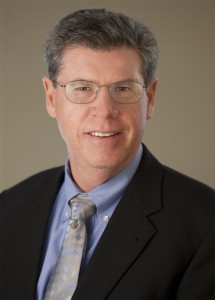 Larry Ward is retiring from Heritage Oaks Bank board of directors.

Heritage Oaks announced director Larry Ward has notified the bank that he will retire from the board May 28, 2014 with the title of director emeritus. Ward joined the bank as director, president and CEO in 1993. In 2011, Ward retired as president and CEO after 18 years of service, and has continued to serve as a director since that time. Heritage Oaks Chairman Michael J. Morris said, “I wish Larry all the best in his future endeavors. On behalf of all of us at Heritage Oaks Bank, we would like to thank Larry for his many years of service.”

The company announced Howard N. Gould and Stephen P. Yost, have been appointed to the board of directors effective March 10. Gould and Yost join the board as previously announced under the terms of the company’s acquisition of Mission Community, where they served on the board.

Gould served on the board of directors of Mission Community since 2008. He has served as the vice chairman of Carpenter & Company since 2005, and as a managing member of Carpenter Community BancFunds, which is now a major shareholder of the Company as a result of the merger with Mission Community. He has also served as a director of Bridge Capital Holdings in San Jose, CA since 2008. He served as vice chairman and chief operating officer of United California Bank, formerly one of California’s largest banks, and he has held numerous bank director positions.

Yost served on the board of directors of Mission Community since 2010. He has extensive banking experience, currently serving as the principal at Kestrel Advisors, a credit risk management consulting company and on the boards of two other banks. He also formerly served as chief credit officer at Comerica Bank.

“I am delighted that Howard and Stephen are joining our Board. Their deep banking and financial services industry experience will serve us well,” said Chairman Morris.