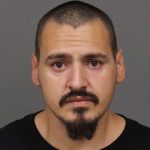 The search warrant was part of an investigation that began on March 23 into two incidents in Grover Beach. The first incident involved brandishing a handgun and the second incident a short time later involved a report of shots fired. No one was hurt in those incidents. Investigators believe those two incidents were gang related.

Investigators traced those incidents back to a suspect living at the home in Oceano. When the search warrant was served they found a loaded handgun, large amounts of ammunition for various handguns, rifles and shotguns, illegal high capacity magazines that were loaded, methamphetamine for sale, a couple thousand dollars in cash, and evidence of sales of firearms. All this was happening in close proximity to an elementary school. 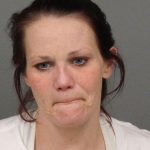 Also arrested on the same charges was 34-year-old Dusty Michelle Dickerson of Oceano. Both Montano and Dickerson were taken into custody without incident and booked into the San Luis Obispo County Jail.