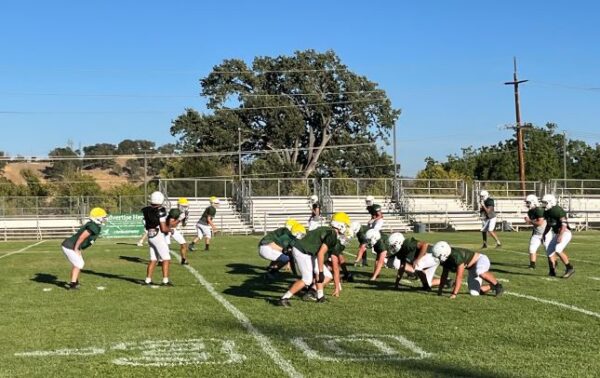 Eagles will scrimmage at King City Friday, and then open the season Friday, Aug. 26 at home against Coalinga

– Templeton High School celebrated the return of football season with a team scrimmage Friday evening at the high school field. Over one hundred students, parents, and football fans turned out for the scrimmage.

Coach Don Crow says the Eagles team is young again this year, with 17 juniors starting on the varsity team, but he says the team is bigger, stronger, and faster. He says one freshman may see action on the line. 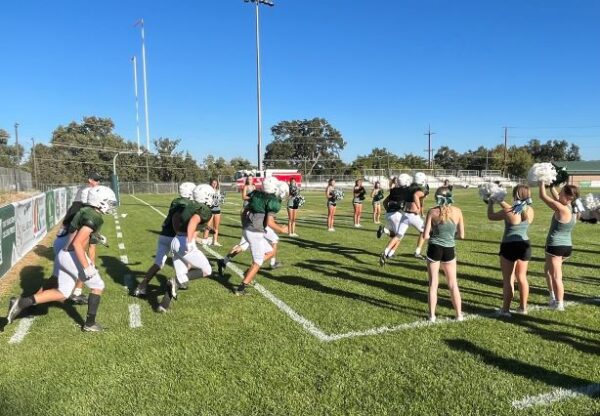 Senior Noel Brady is back at quarterback. The southpaw QB suffered an injury that cut short his season last fall. Noel is now 6’2″, 195 pounds. He has participated in several quarterback clinics and schools over the off-season.

A new weight room inspired the team to work out harder than previously possible. Johnny Peschong and other lineman lifted weights in the offseason in preparation for the ’22 season. 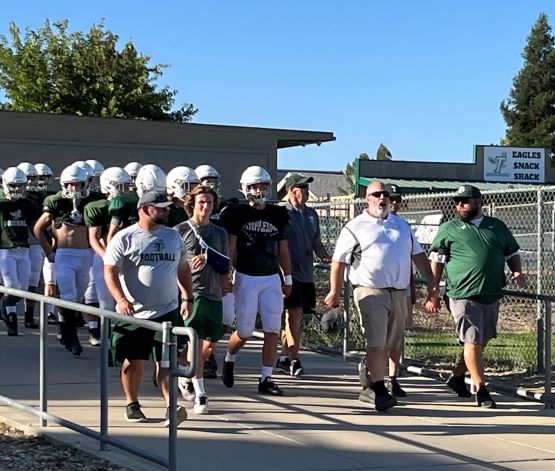 The team plays several schools with much larger student populations, including East Bakersfield and West Bakersfield. The longest away game takes the Eagles to Firebaugh, where Buffalo Bills quarterback Josh Allen played high school football. That’s about a two-hour drive each way.

Coach Don Crow says the scrimmage Friday night went well, and nobody was injured, which is key. The Eagles will scrimmage at King City Friday, and then open the season Friday, Aug. 26 at home against Coalinga.