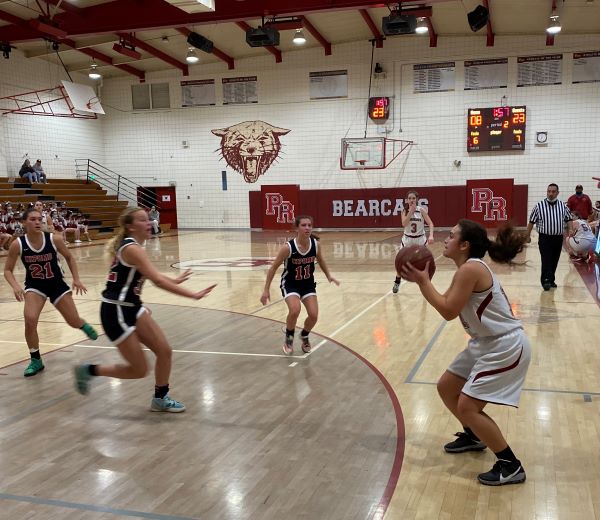 – Paso Robles High School Senior Malia Gaviola raced up and down Gil Asa Gym Tuesday night as starting guard for the Bearcats women’s basketball team. Immediately after the game, Gaviola walked across Niblick Road to join the Paso Robles School Board as their student representative.

Sipping water at the dais to replenish her fluids, she transitioned from the challenge of breaking the Nipomo Titans full-court press to enduring a long-winded discussion of budgets and expenditures. 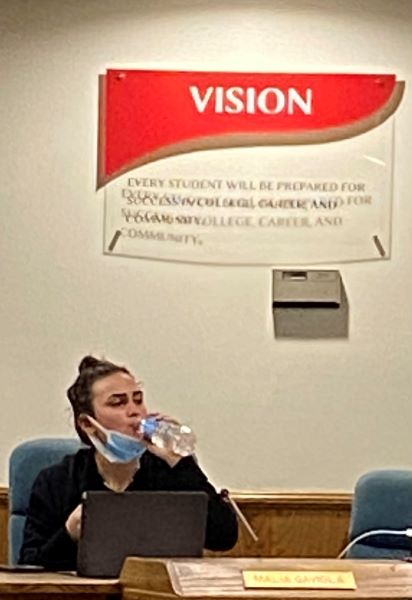 Malia Gaviola is an achiever on and off the basketball court. Her cumulative GPA is 4.78. She is PRHS ASB President and Editor-in-Chief of the Crimson News Magazine. She still finds time to play basketball and golf for the Bearcats.

Malia is not the first in her family to be a Bearcat. Her mom, the former Jennifer Lagle, graduated from PRHS in the 90s. Jen played basketball for the Bearcats under coach Rich Schimke. She also ran cross-country and track for the PRHS under coaches Ivan Huff and Bill Stansbury.

Today, Jennifer Gaviola is Assistant Superintendent of the Paso Robles Joint Unified School District. Jen says she cherishes the time she shares with her daughter at the school board dais, partly because Jen doesn’t get to see her daughter as much as she’d like. It may not be quality time, but they’re sitting within a few feet of one another, and that’s almost a rarity.