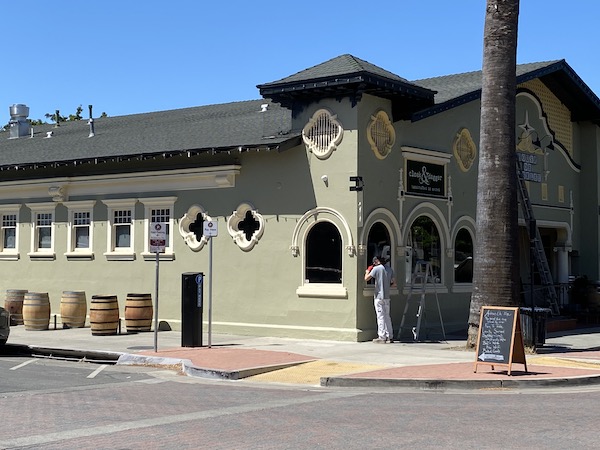 –The Historic Municipal Bath House building at the corner of Pine Street of 11th and Pine Street in Paso Robles changed colors this past week. The building owned by Robert Gilson was painted a brilliant yellow several months ago, but received a coat of quieter green this past week.

Architect Williams Weeks of Watsonville designed the building, which was constructed in 1905. It was built for the city with a $25,000 bond measure. It afforded residents the opportunity to share the curative powers of hot sulfur water. Locals could soak in sulfur water that came from a lot on the south side of the building. The temperature of the water was 102-112 degrees, and never needed to be heated artificially. The bathhouse had 12 rooms for men and 12 for women. People could bathe in the hot sulfur water, get massages or enjoy mud baths. That service continued for nearly 65 years. 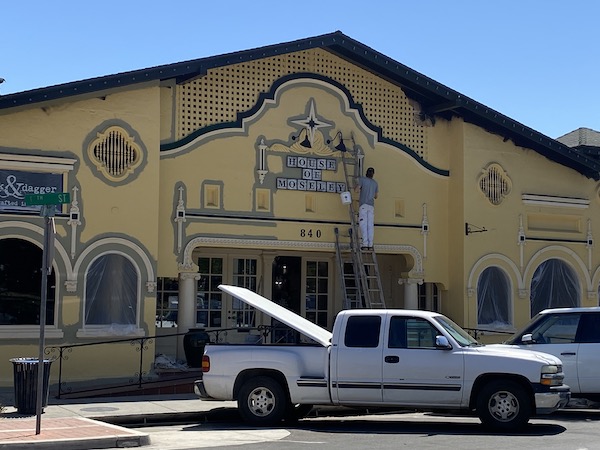 The building was remodeled by John and Ruth Bryan, and again in 1985 by Robin and Rosalind Fairbairn. Robert Gilson, the current owner, recently had it repainted by Robert’s Painting.

“The yellow was really bright,” said Paso Robles artist, Deprise Brescia. “The color was electric, almost too brilliant for downtown. I’ve seen buildings that color yellow in Verona, Italy, and La Capital (Mexico City), but not in Paso Robles. I like the green better.”

The building has two new retail stores which are open for business. Cloak and Dagger, and The House of Moseley recently moved into the historic building at 840 11th Street in downtown Paso Robles.