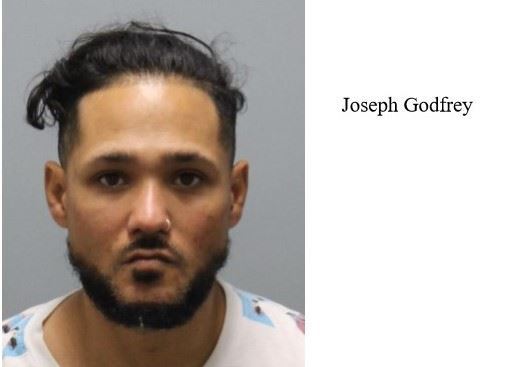 –Yesterday at 10:23 a.m., the Paso Robles Police Department received a call from a resident, in the 2800 block of Park Street in Paso Robles, stating someone had entered her house while she was upstairs. The resident heard the noise and confronted the suspect inside of her home. The suspect was surprised and took off running out the door. The suspect ran through a wood fence and the resident contacted the police. While en route to the house, a PRPD officer noticed a man running on the railroad tracks away from the area. PRPD officers were able to catch up to the man and quickly saw that he matched the description provided.

The female victim confirmed with PRPD the man caught was who had entered her house. The man, later identified as, 35 year old Joseph Godfrey of Atascadero, was later booked into the San Luis Obispo County Jail for 1st degree residential burglary and possession of drugs.